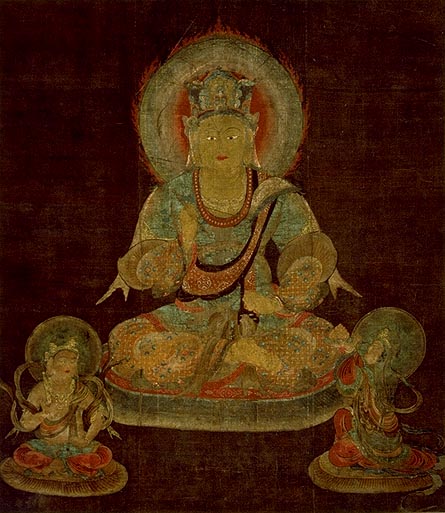 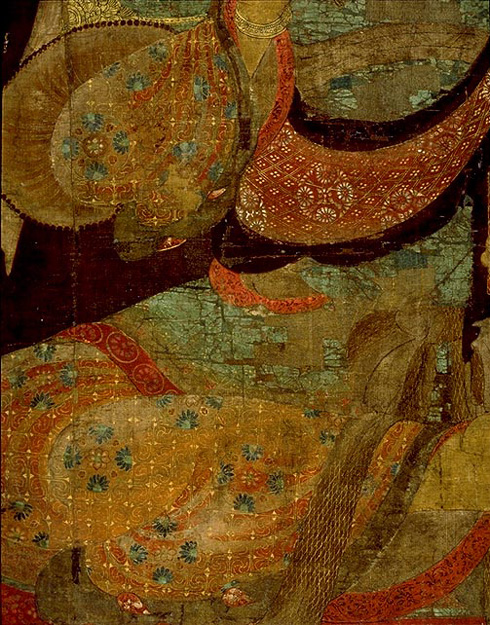 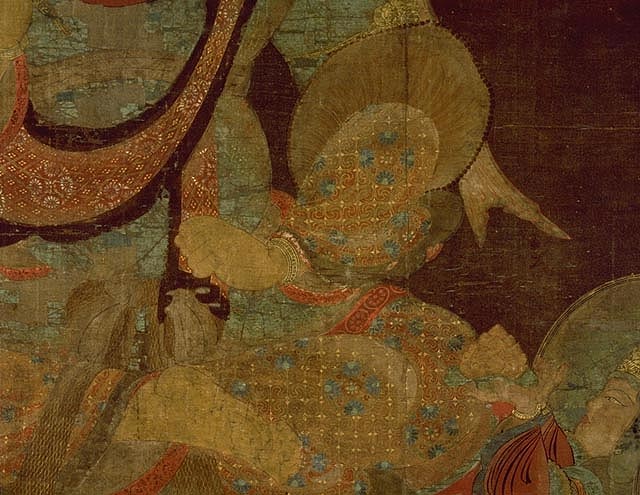 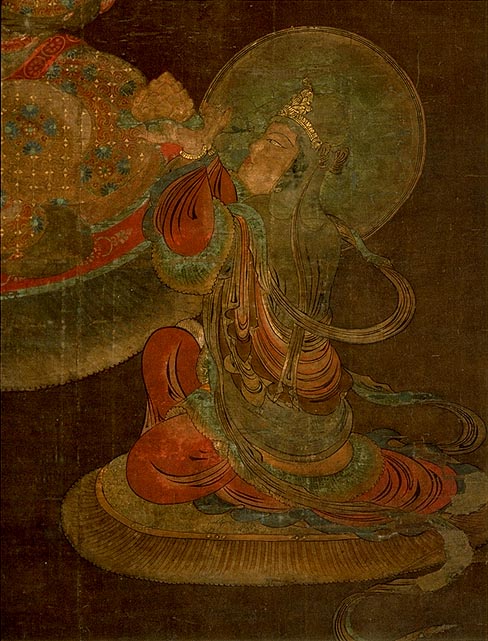 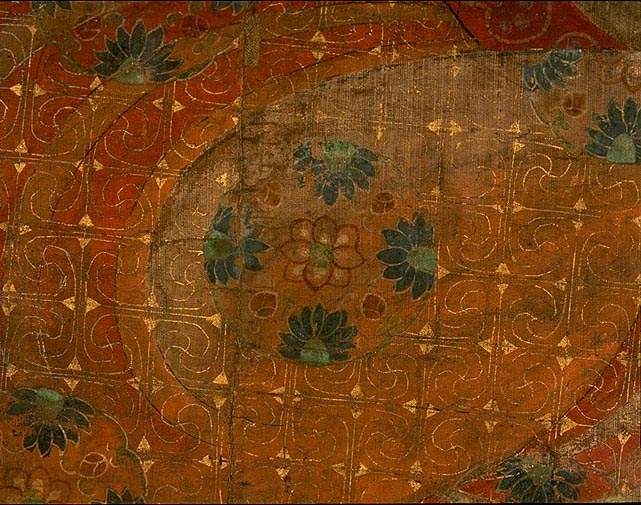 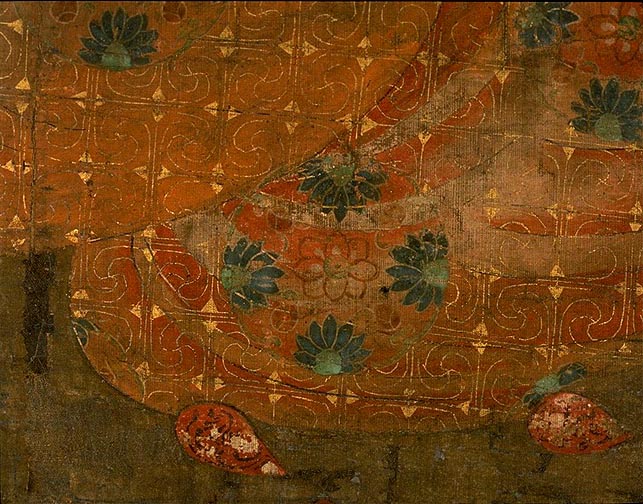 Taishaku-ten is one of the Twelve Devas that were made in 1127 to be hung at the annual, New Year's ceremony of esoteric prayers, held at Shingon-in in the Imperial Palace. They were formerly owned by Kyoogokoku-ji (To-ji) temple.

The twelve devas are the guardians of the four quarters and four semi-quarters, up and down, and the sun and moon. Taishaku-ten (Indra) and Bon-ten (Brahman) are important Hindu deities that were adapted into the Buddhist pantheon in ancient times. Taishaku-ten is in charge of the east quarter.

This scroll has particularly fine kirikane work and vibrancy of color. Especially notable is the wavering thickness of the lines on the attendants' robes, very similar in style to those on the Kyoto National Museum's Shaka Rising from the Gold Coffin.