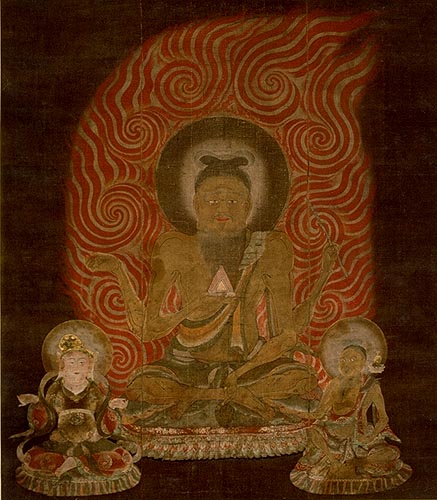 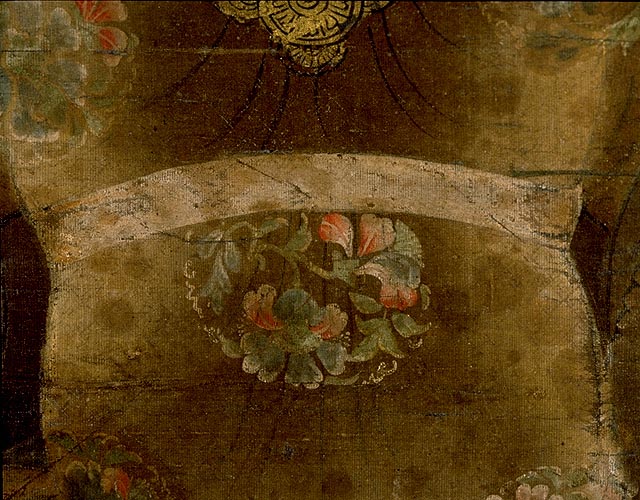 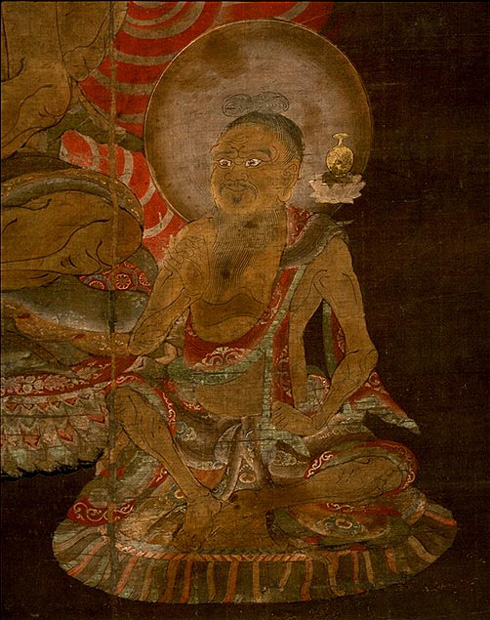 Ka-ten (Agni) (One of the Twelve Devas)

Ka-ten is one of the Twelve Devas that were made in 1127 to be hung at the annual, New Year's ceremony of esoteric prayers, held at Shingon-in in the Imperial Palace. They were formerly owned by Kyoogokoku-ji (To-ji) temple.

The Twelve Devas are the guardians of the four quarters and four semi-quarters, up and down, and the sun and moon. Ka-ten is in charge of the southeast semi-quarter.

Ka-ten is often depicted with an old man with a strict expression, but here he is portrayed with gentle, friendly features.