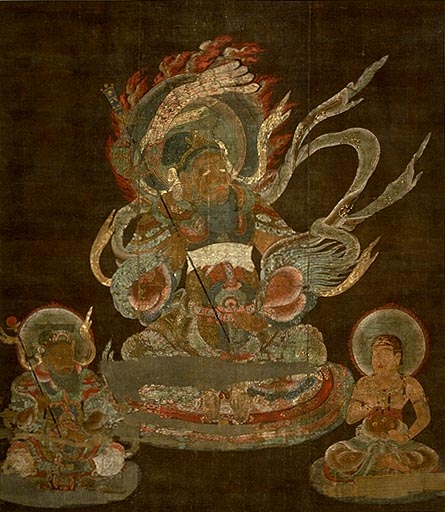 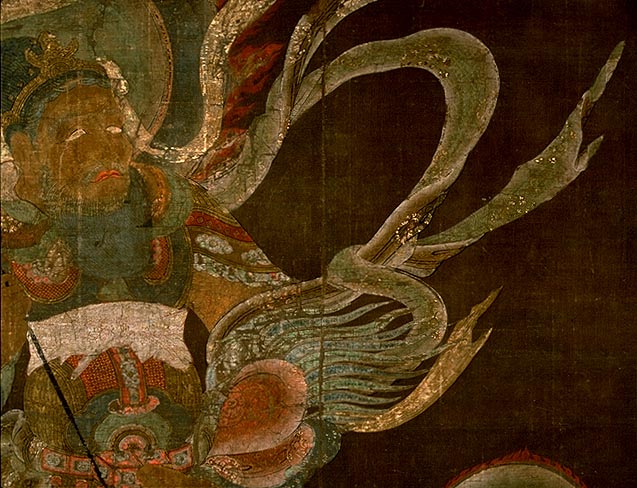 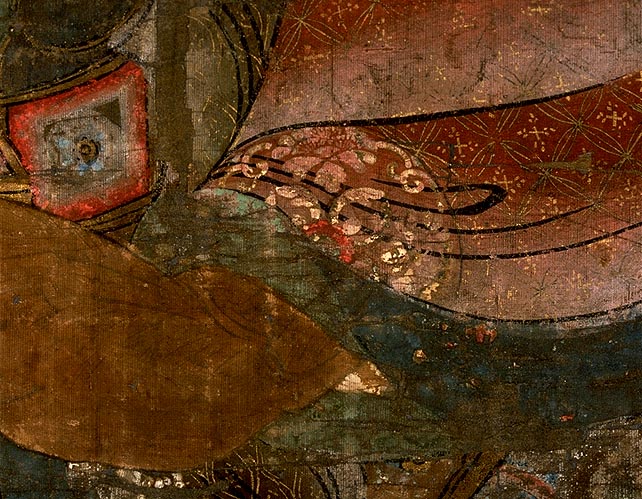 Fu-ten (Vayu) (One of the Twelve Devas)

Fu-ten is one of the Twelve Devas that were made in 1127 to be hung at the annual, New Year's ceremony of esoteric prayers, held at Shingon-in in the Imperial Palace. The scrolls were originally owned by Kyoogokoku-ji (To-ji) Temple.

The twelve devas are the guardians of the four quarters and four semi-quarters, up and down, and the sun and moon. Fu-ten guards the northwest semi-quarter.

The characters for fu-ten mean "wind deva," and, accordingly, Fu-ten holds a scepter of the wind in his right hand. He is depicted as an old man. The elongated petals on the hosoge flower and arabesque patterns emanate a sense of dignified substance. Heavy layers of color on the face, large-scale patterns, sophisticated brushwork and a double-layered halo all contribute to the uniqueness of this elaborate Fu-ten.