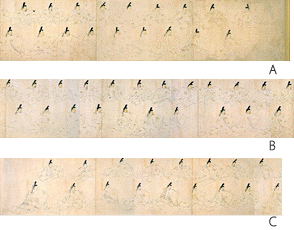 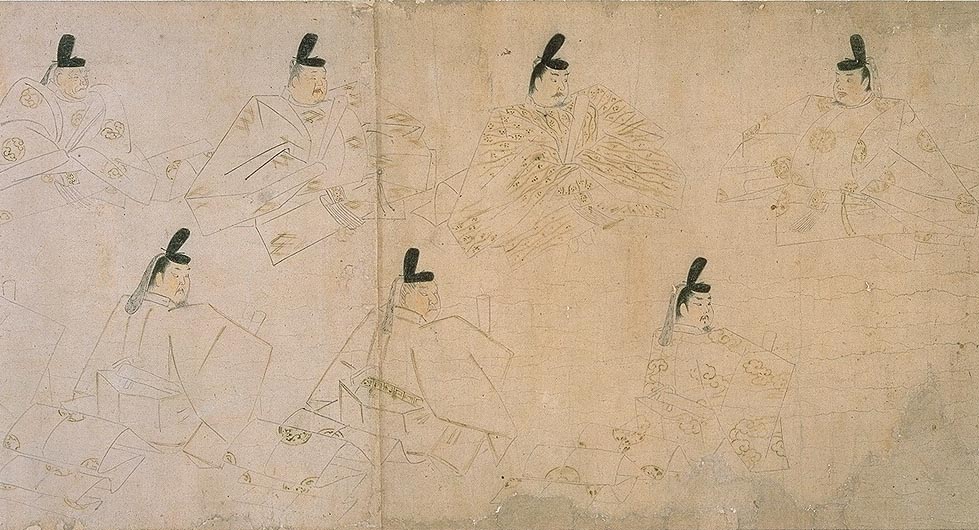 Fifty-seven court nobles, including high officials, are depicted in two rows. The figures in the upper row face forward while those in the lower row face backward.

This scroll was once called Nenchu Gyoji Chakuza Zukan (a scroll showing the seating arrangement for annual events). However, this work is not the scene of any particular event, but a seated group portrait. From other portraits of high officials, kept by the Agency of the Imperial Household, we know that the figures in this scroll were all government officials. The scroll shows them in the order of their ranks, from with Fujiwara Tadamichi (the regent, chief advisor and prime minister), down to a substitute minister, appointed in 1252.