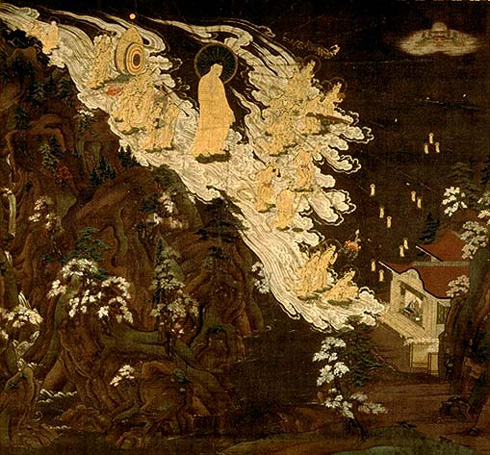 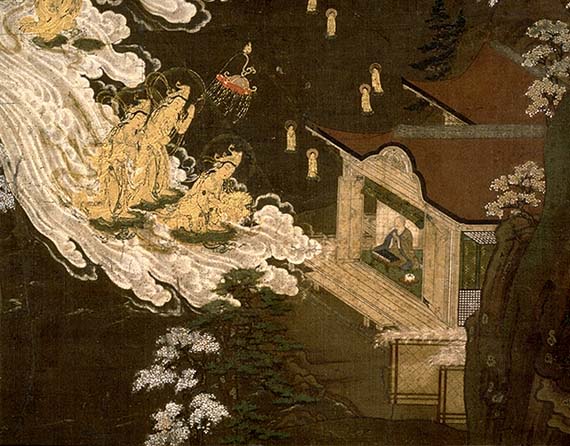 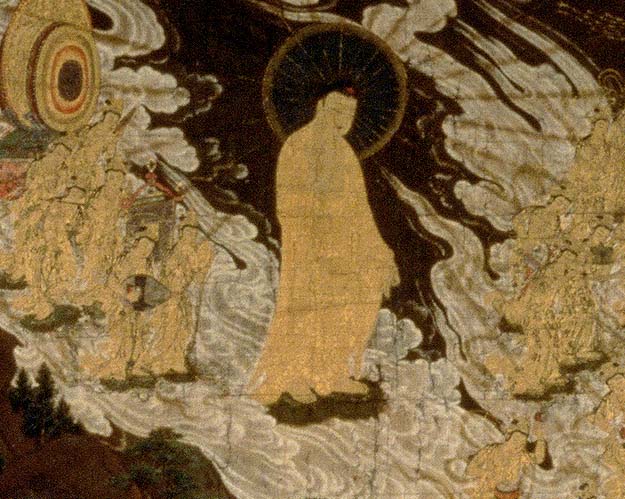 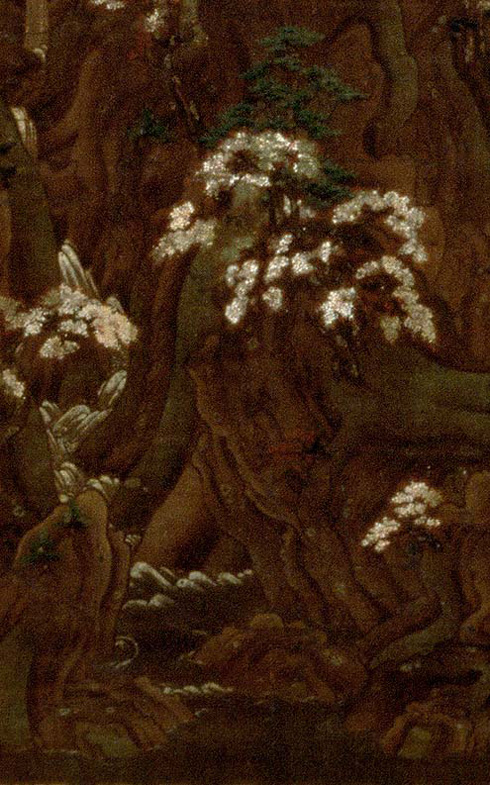 This outstanding work depicts Amida (Amitabha) and twenty-five attendants as they descend on clouds over steep mountains down from Heaven. They are on their way to meet a dead person, depicted in the bottom-right, to accompany back to Heaven. This scene is known as "Rapid Descent," because of the especially swift appearance of the clouds. Flying clouds and the depiction of figures and garments in gold are characteristic of Buddhist paintings in the Late-Kamakura Period.

This scene depicts jo-bon jo-sho (first class, upper birth), the highest state of death, evident from the dead person seated upright in front of a sutra scroll and the pagoda in the sky in the upper-right of the painting. The mountains in the background are high, but their smooth contour lines produce a gentle effect typical of the Yamato-e paintings. Though the scene depicted in this work is imaginary, its elements of landscape expression are impressive.