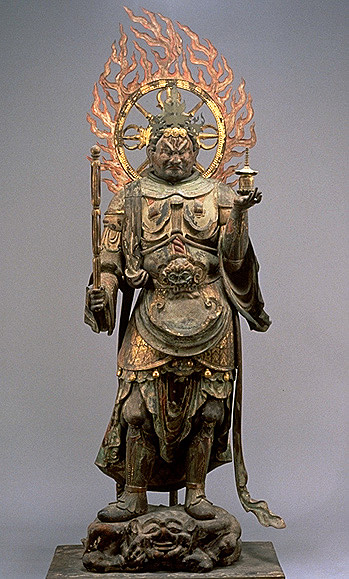 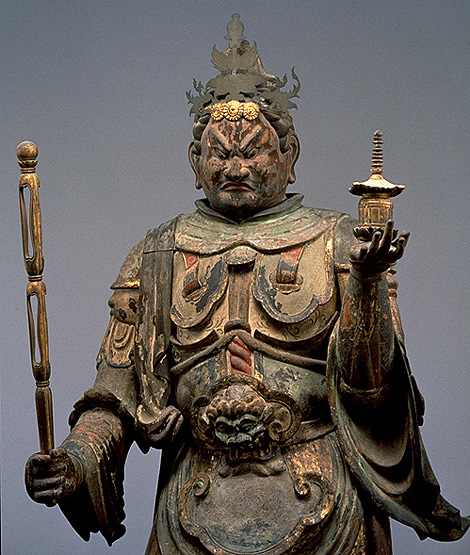 This and three other sculptures form a set of four guardian deities that has been long been kept in the Hall of Nine Amidas of Joruri-ji Temple. As these guardians are slightly too large for the hall, it is assumed that they were originally made for another hall.

The clothes and armor of this figure are lavishly decorated with colors and kirikane (cut-gold leaf). Such motifs were unusual in Kyoto sculptures of the day, as was their large size.

This Tamon-ten (Vaisravana) stands erectly upright, while the other three guardians, Jikoku (Dhrtarastra), Zojo (Virudhaka) and Komoku (Virupaksa), have twisting bodies and flowing garments. This and other technical, stylistic and decorative differences suggest that Tamon-ten was made during the second half of the 11th Century, while the three other guardians were made in the 12th Century.