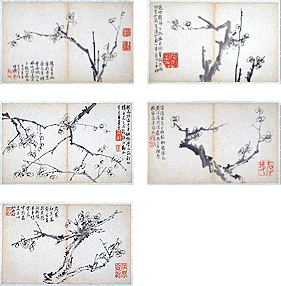 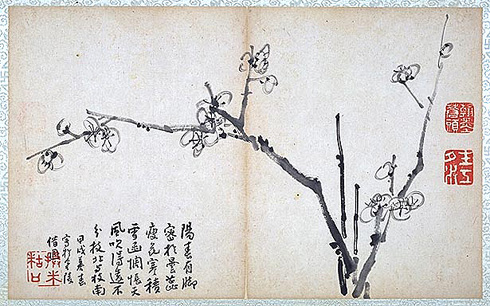 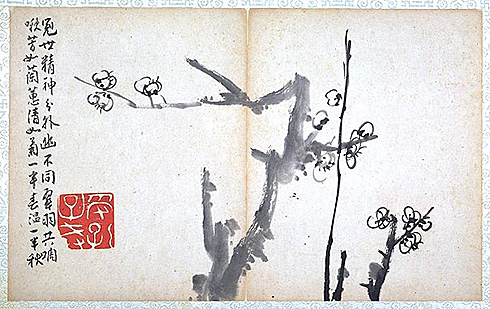 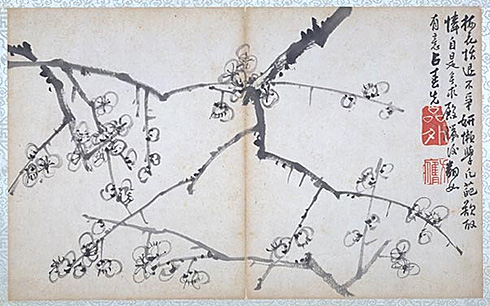 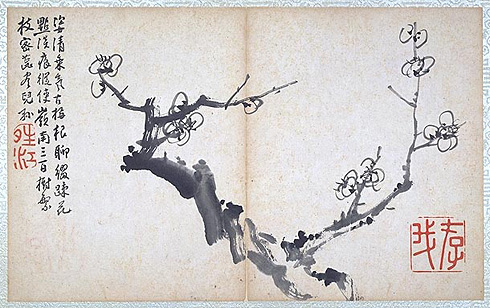 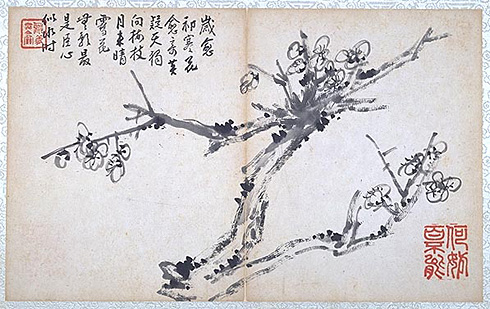 Ink paintings of plum blossoms became popular in China at the end of the Northern Song Dynasty, under the influence of master painters such as Huaguang Zhongren, Yang Wujiu, Wang Mian and Liu Shiru.

One of the representative artists of ink plum-blossom paintings in the Qing dynasty is Li Fangying (1696-1755). Though his plum-blossom painting style is traditional, it also has a fresh originality. His brush strokes and ink use are clean and simple. In this work, he skillfully incorporates dark ink, light ink and white spaces within a single, short, plum branch.

Li Fangying was born in Tongzhou (Jiansu Nantong) in Yangzhou Province. He is recognized as one of the "Eight Unique Yangzhou Artists" due to his highly versital painting style.

This album was painted in the garden of a Mr. Xiang in Jinling (Nanking), where Li Fangying lived after being removed from local government. This is a masterpiece from a time in the artist's life when he was most deeply involved in art and painted his finest works.