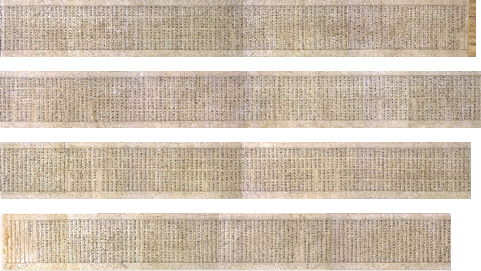 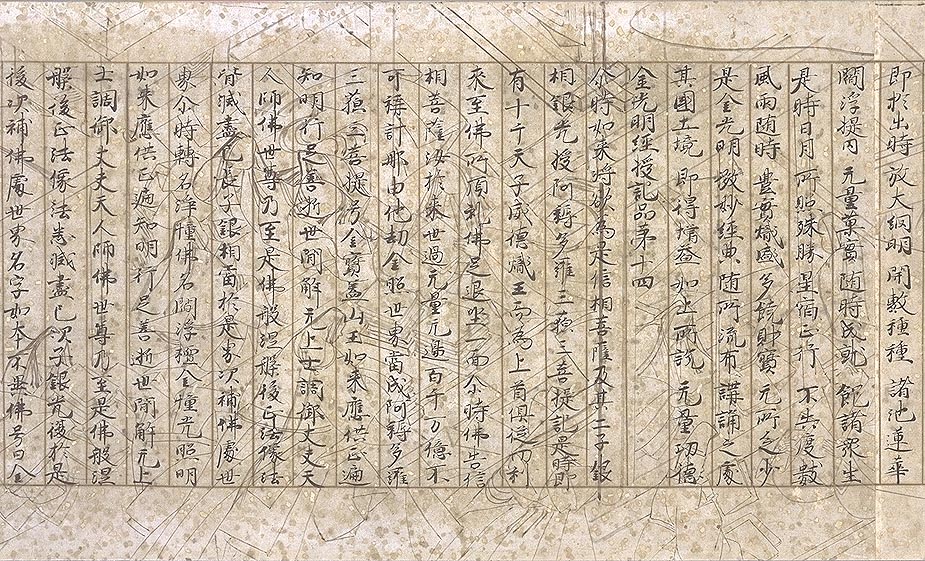 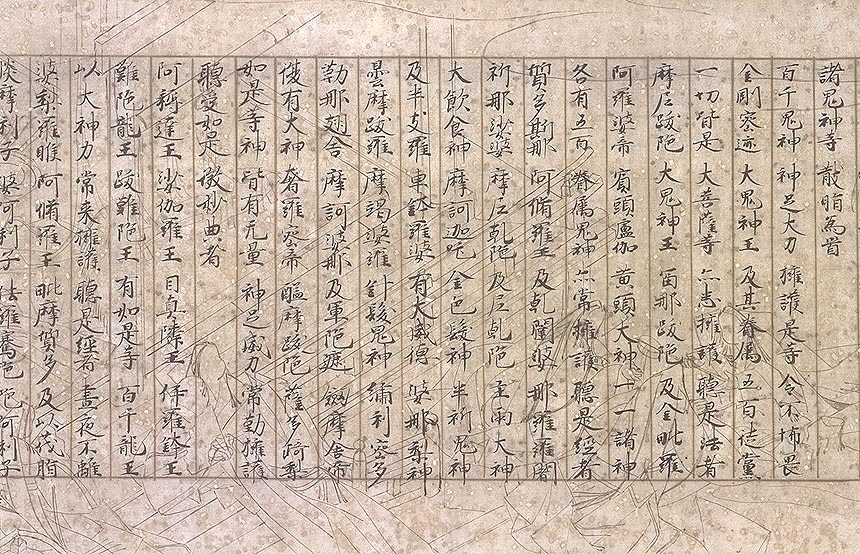 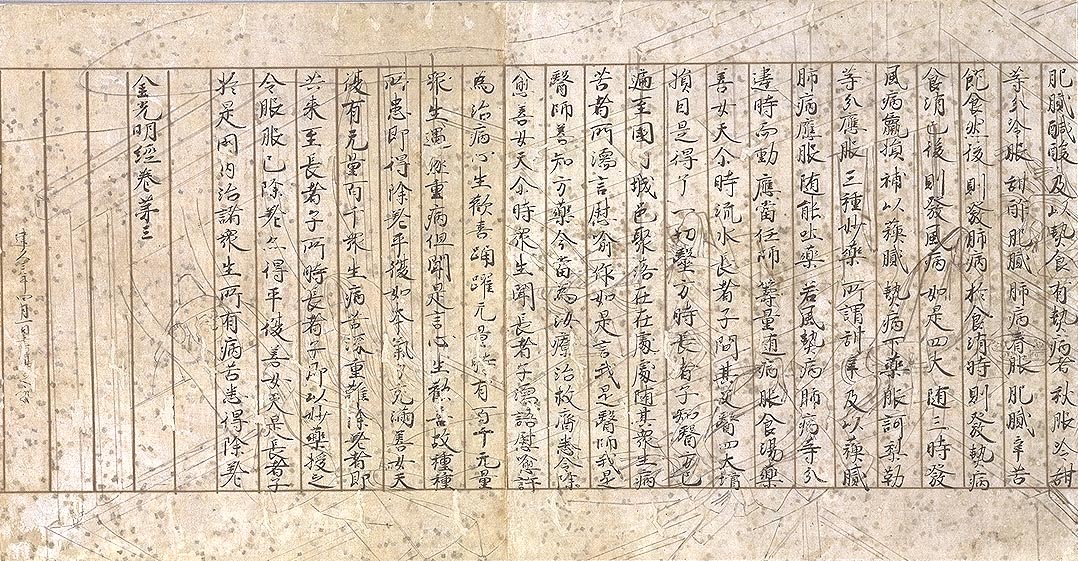 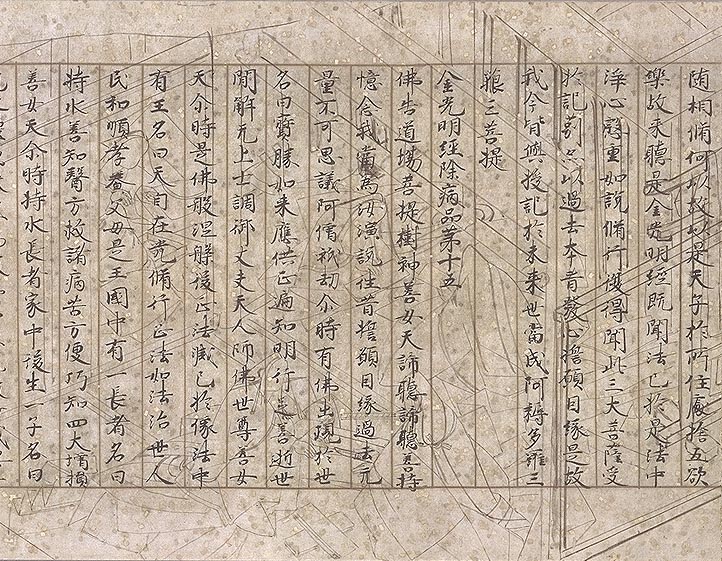 The scroll is popularly called the "Eyeless Sutra," in reference to the abbreviated facial features on the ink cartoon over which the sutra is copied.

The original set included four volumes of the Konkomyo-kyo and one volume of the Rishu-kyo. It appears to have been copied on 1 April 1192, following the death of the cloistered Emperor Goshirakawa.

The sketch upon which the sutra has been copied seems to be an unfinished cartoon for a handscroll, such as the Tale of the Genji, and has no relation to the sutra. The artist has used easy touches of light ink to depict human figures inside a roof-less house, an uniquely yamato-e ("Japanese painting") device to reveal the interior scene.