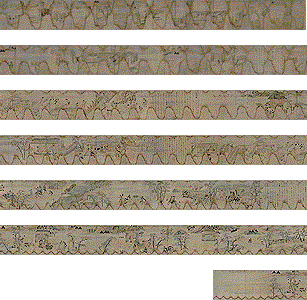 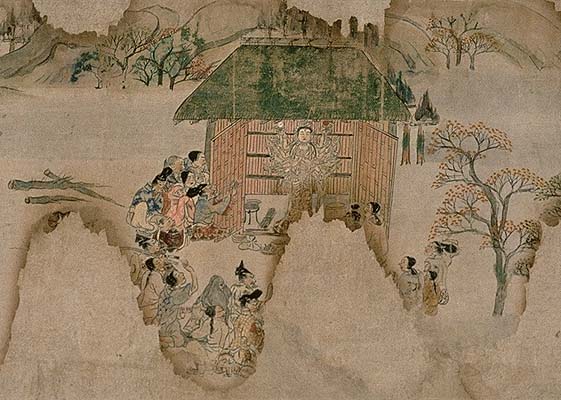 a portion of 3A

a portion of 2C 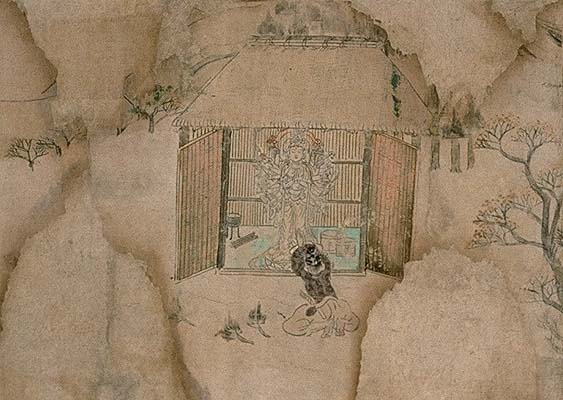 a portion of 2B

a portion of 1B

a portion of 5D

a portion of 5B

a portion of 4C 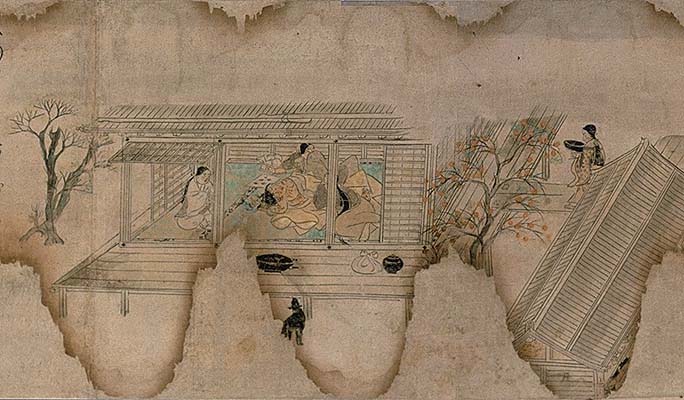 a portion of 4A 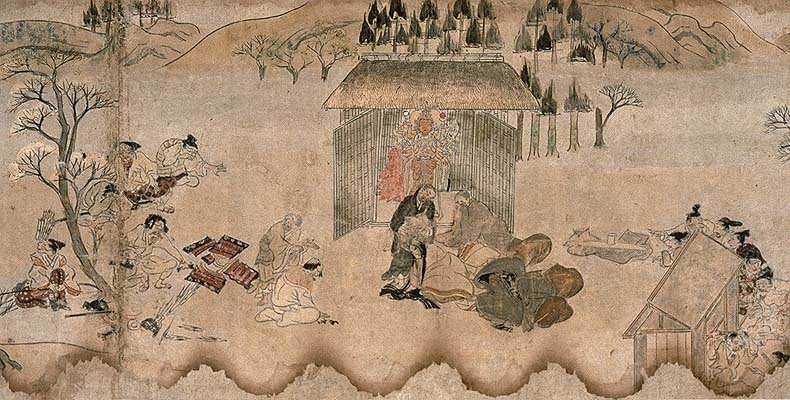 a portion of 6D 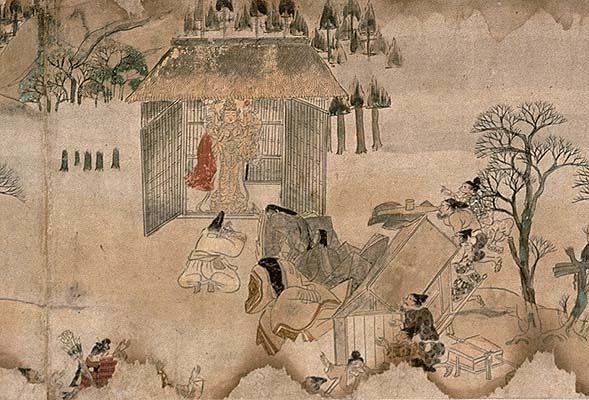 a portion of 6C

This scroll illustrates the legend of the origin of statue of the Bodhisattva Kannon (Avalokitesvara), the central object of worship of Kokawa-dera Temple.

The first half (two chapters) of the scroll introduces the origin of the Hall of Senju Kannon (Sahasrabhuja or Thousand-armed Avalokitesvara). According to legend, the hall was originally established due to the petition of a hunter. The second half (three chapters) tells the legend of how Kannon healed the sick daughter of a millionaire in Kawachi. In thanks for this miracle, the millionaire's entire family entered the priesthood, working for Kokawa-dera Temple as betto monks.

The story is developed on a long handscroll. The repetition of the images of the Hall of Kannon and the hunter's stool, and the bold brush stokes of the trees and simplified mountain slopes throughout the scroll give this work simplicity and a classical sensibility.