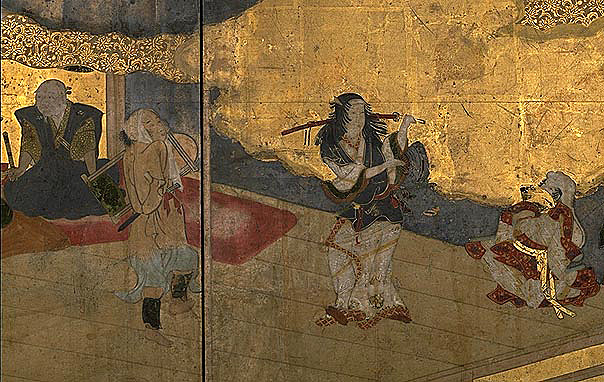 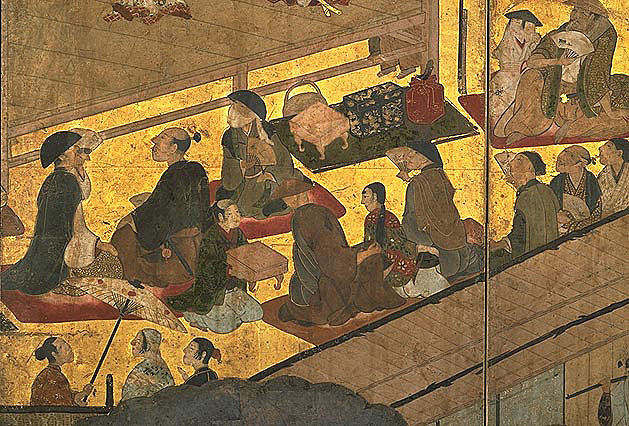 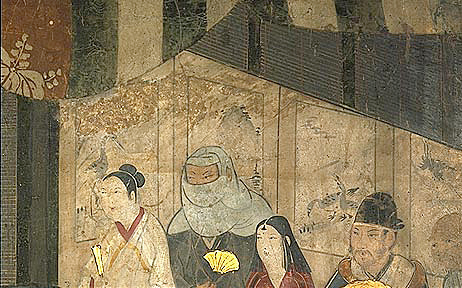 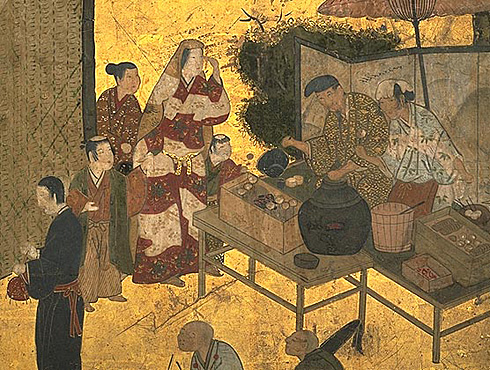 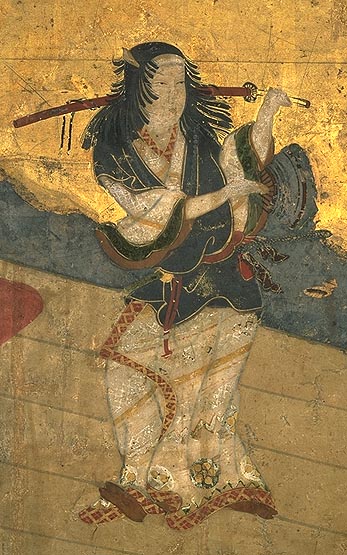 a portion of D

The Okuni kabuki troupe came from Izumo Province (present-day Shimane Prefecture) and began performing their kabuki odori (kabuki dancing) on the Noh stage of Kitano Shrine in 1603. Because the stage depicted on this screen is thought to be the Kitano stage, the work is assumed to have been painted after 1603.

On the stage we see an actor holding a sword, a woman of the tea-house (sitting by the pillar), and a saruwaka clown wearing a towel over his head. These three characters indicate that we are looking at a performance of Chaya Asobi (Spree at the Teahouse), the representative play of the Okuni kabuki troupe. The musicians play only flutes and drums, and not shamisen, indicating that this was an early performance.

The effective placement of pine trees within the composition is similar to other sliding door paintings, such as those in the Myoren-ji Temple, suggesting the strong possibility that this screen was painted by the Hasegawa school.