Hermits and a Fairy 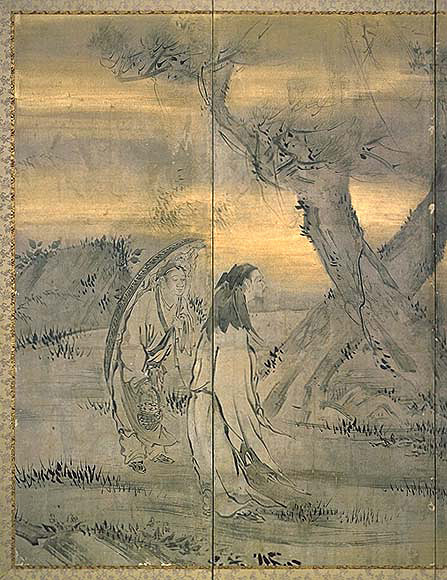 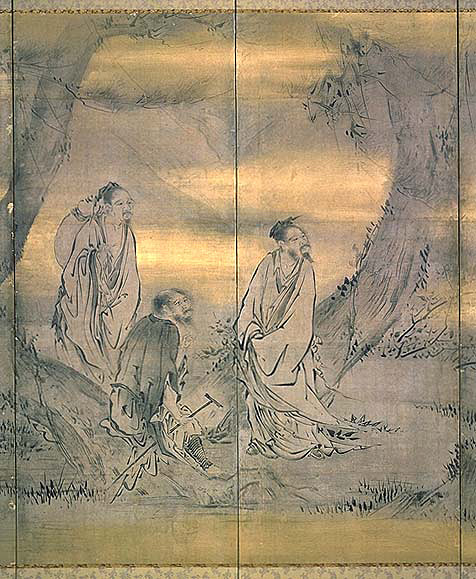 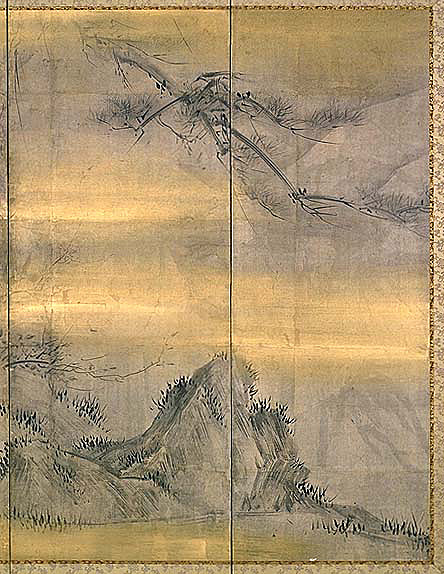 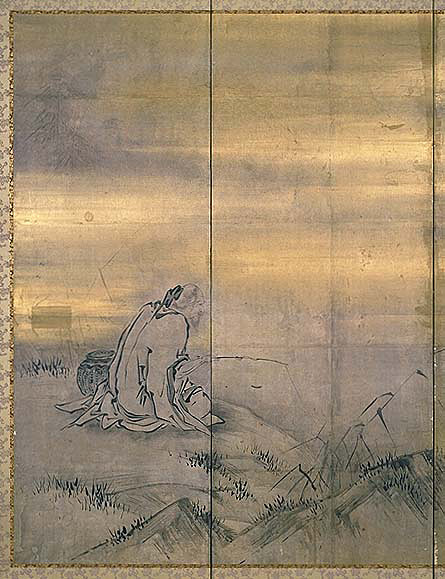 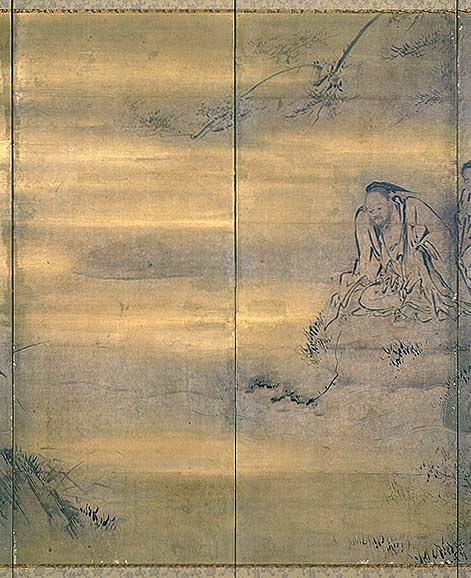 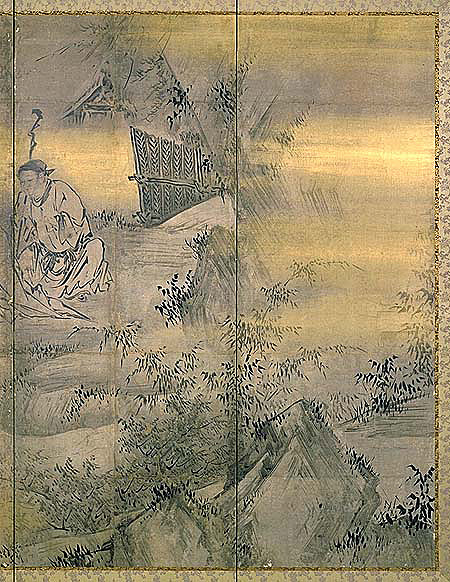 Hermits and a Fairy

These paintings are mounted as standing screens, but the visible door-handle marks indicate that they were originally mounted as sliding doors. If we set the two screens side-by-side, as they would have been as sliding-door panels, the figures on the right-hand side of the scene look upwards at something outside the screen. It is possible that a fairy may have been flying into the sky in a neighboring door panel. Some art historians believe that these paintings came from the sliding door panels of a sub-temple of Kenninji temple, but this remains to be proven conclusively.

The brush stokes and depiction of facial features are quite similar to those of the Tokyo National Museum's Kyoyu and Soho (Hermits Xuyou and Chaofu) by Kano Eitoku, which suggests that this may also be Eitoku's work. These two screens have an unsurpassed dramatic tension that makes them true masterpieces of Momoyama ink painting.