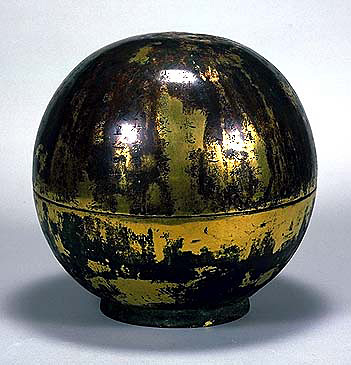 This container for Ina-no-Omura's ashes bears a 391-character, thirty-nine-column inscription on the lid. According to the inscription, Ina-no-Omura was a descendant of the Emperor Senka and began his career as an official during the reign of Emperor Jito. Later, he served under the Emperor Mommu as a Minor Counsellor. With the establishment of the Taihorei laws, he received the court ranking of Junior Fifth Rank and became a member of the aristocracy. He was appointed to feudal lord of Echigo province in 705 and died there in 707.

The inscription also relates that he was buried in his birth place, Yamakimi-no-sato of Katsuragishita County in Yamato, present-day Kashiba-cho, Kitakatsuragi County in Nara.