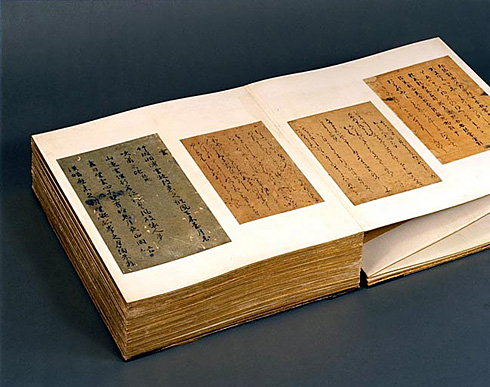 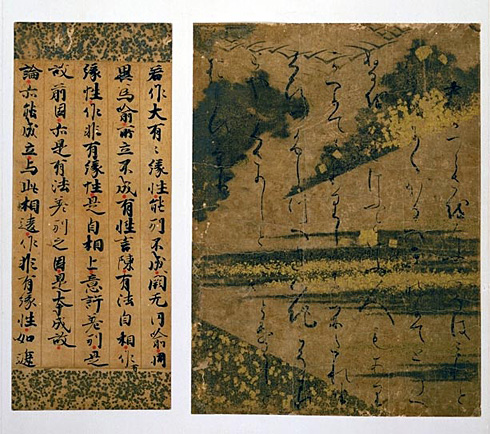 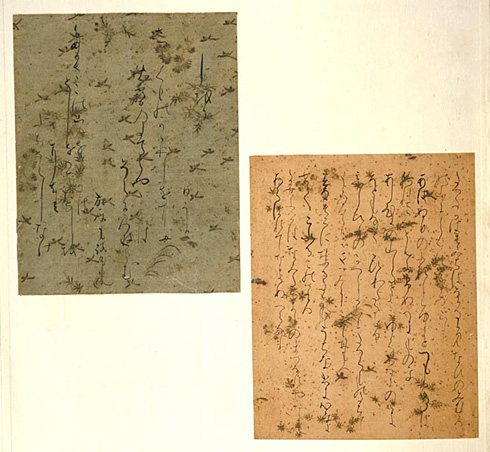 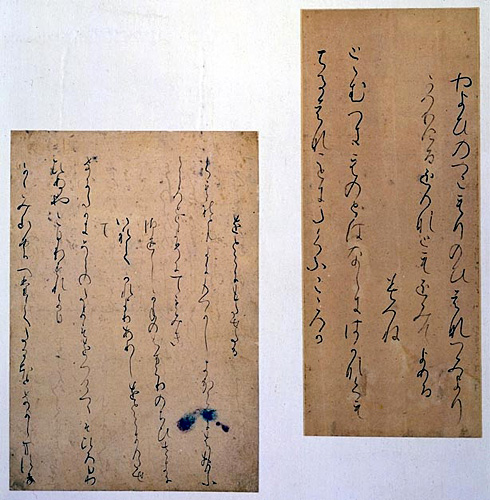 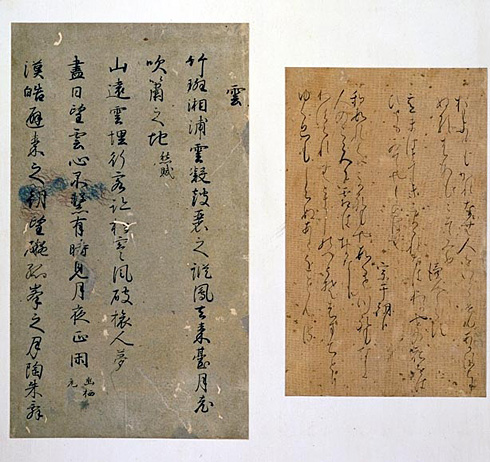 A tekagami, or album of exemplary calligraphy, is a collection of excerpts from old scrolls or books of sutras, poems and letters. The selection of calligraphers in a tekagami, the type of calligraphy and the order in which the selections are arranged tell us about the changing tastes in classical Japanese-style calligraphy over the years.

Moshiogusa, an album of 242 detached segments ranging from the Nara to the Muromachi Periods, was handed down from generation to generation as a reference register in a family that remained the central, calligraphy authority throughout the Edo period.

Among the 242 segments is the "Muromachi-gire," one of only two surviving fragments from the Hitomaroshu, which is part of the Anthology of Thirty-Six Poets, formerly owned by Nishi-Honganji temple. The "Okadera-gire" is another rare segment from the Minamoto Shitagoshu, also from the Anthology of Thirty-Six Poets. Both are excellent examples of kana script in the early-12th Century.