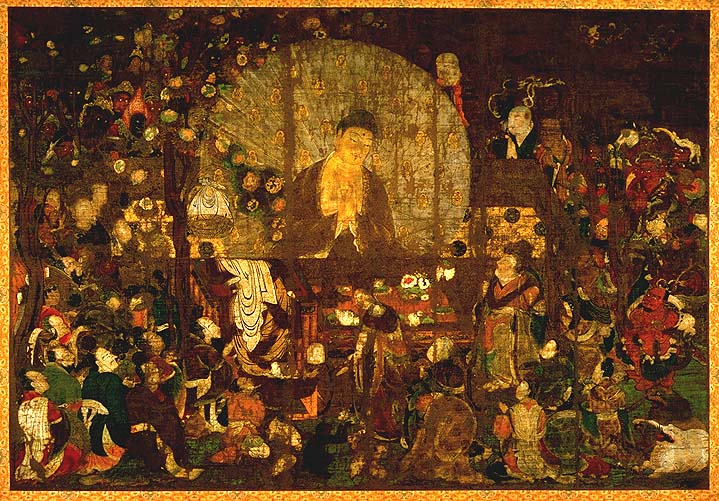 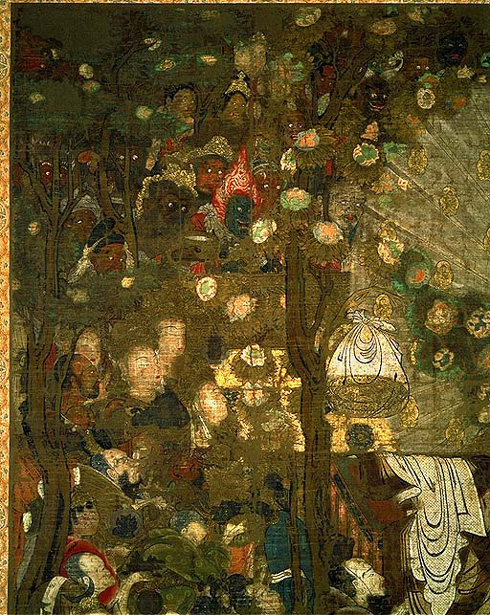 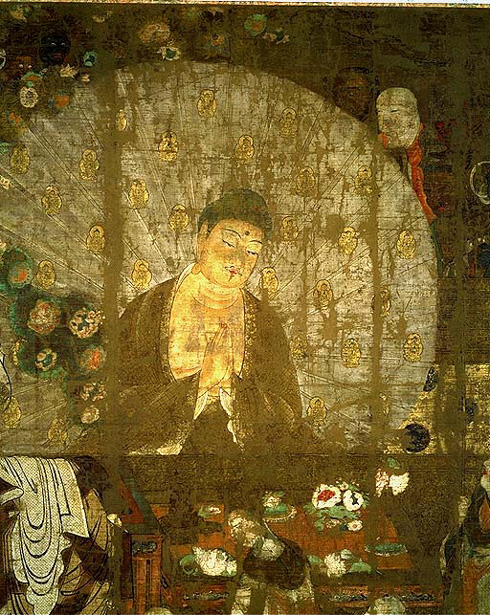 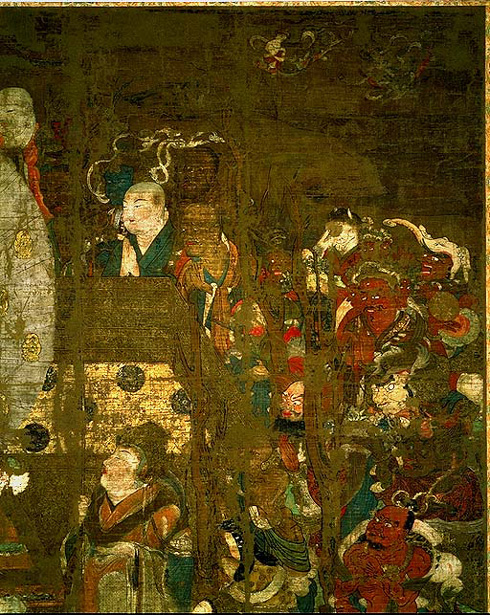 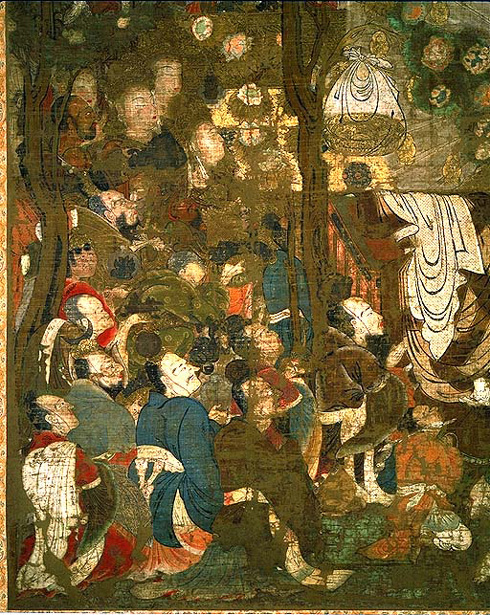 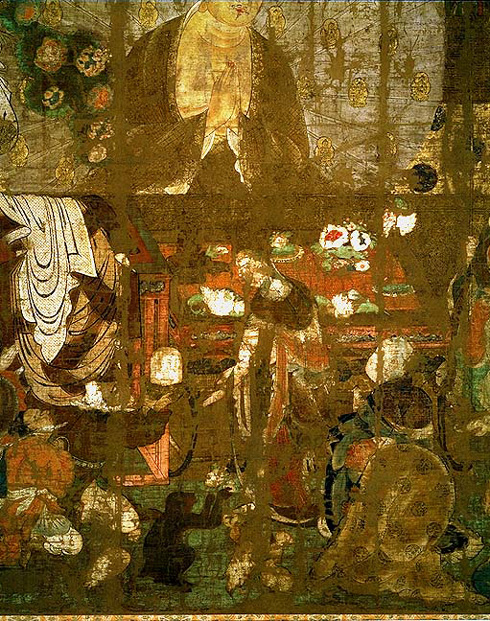 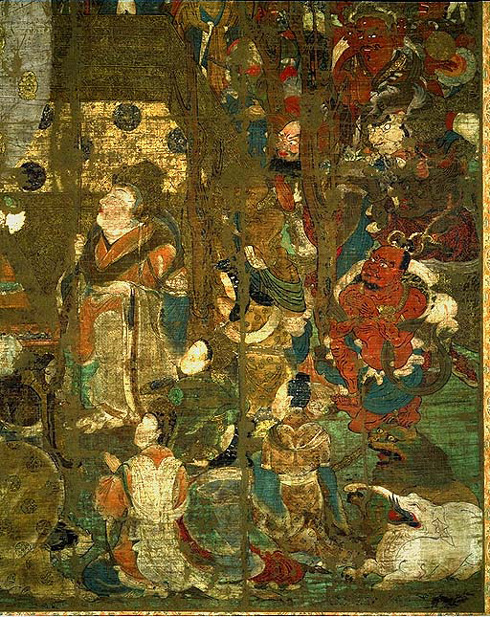 This scroll depicts the scene of the resurrection of the historical Buddha Sakyamuni as described in the Mahamaya Sutra.  Hearing of his death, Sakyamuni's mother, Maya, rushed to him from the Trayastrimsa heaven.  While Maya was crying and clutching his bowl and cane to her breast, Sakyamuni, by his divine power, opened the coffin, rose up and told her of the transiency of life.  Then he lay down again in the coffin and closed the cover over himself.

In this scene, thousands of rays radiate from Sakyamuni's body, each of which contains thousands of Buddhas. The resurrected Sakyamuni and his mother look at each another as the many onlookers gaze in wonder at the divine miracle of resurrection. Rich colors, kirikane gold, and lively ink brushwork are used skillfully to create a dramatic scene.