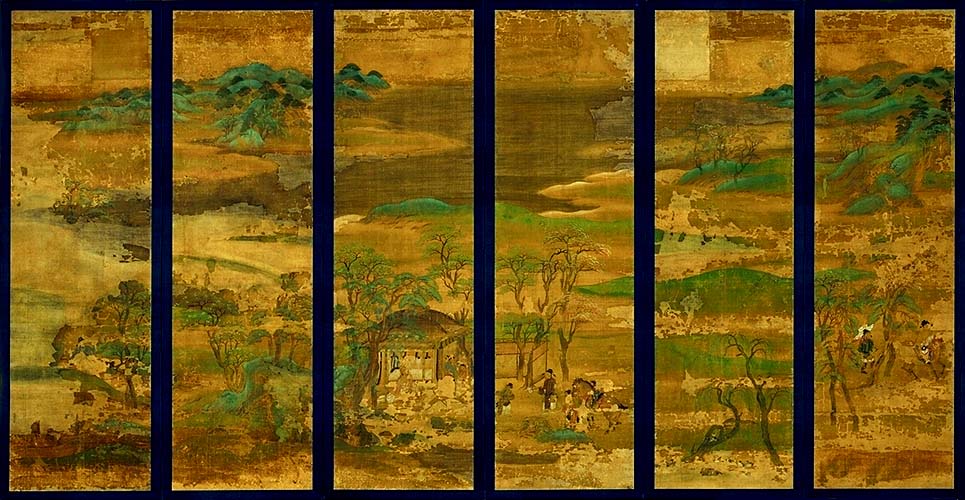 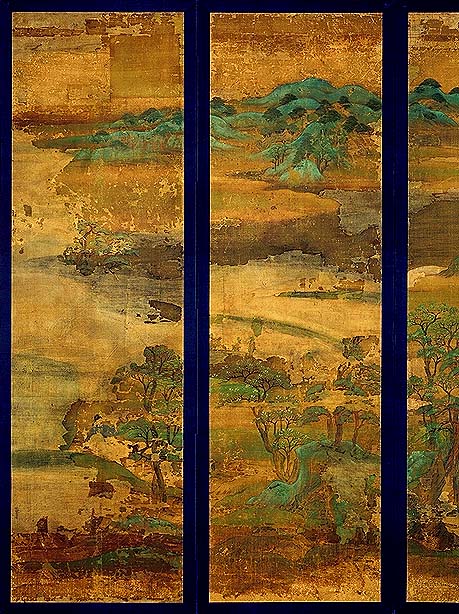 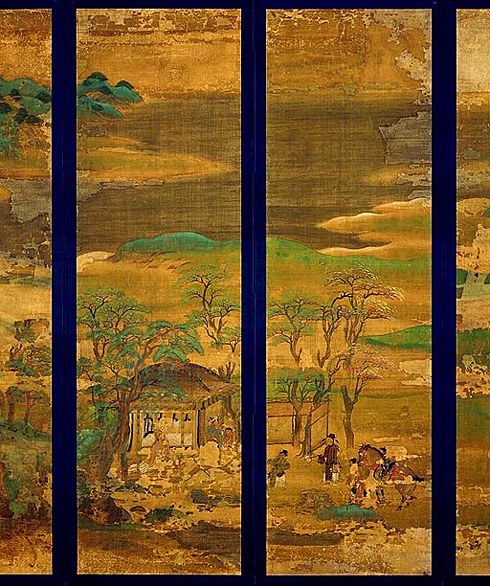 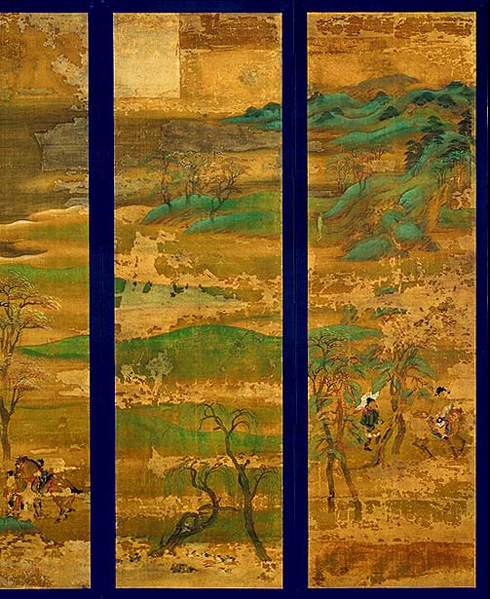 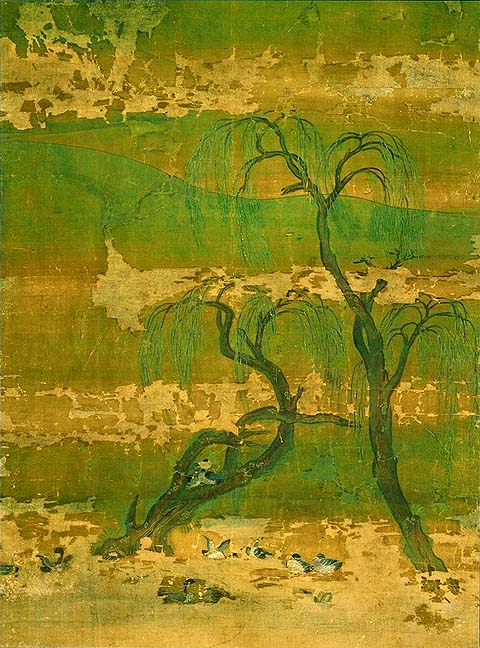 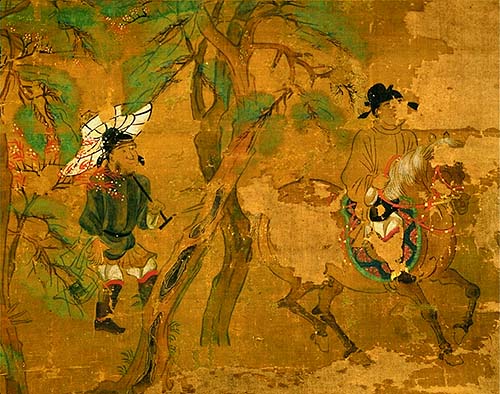 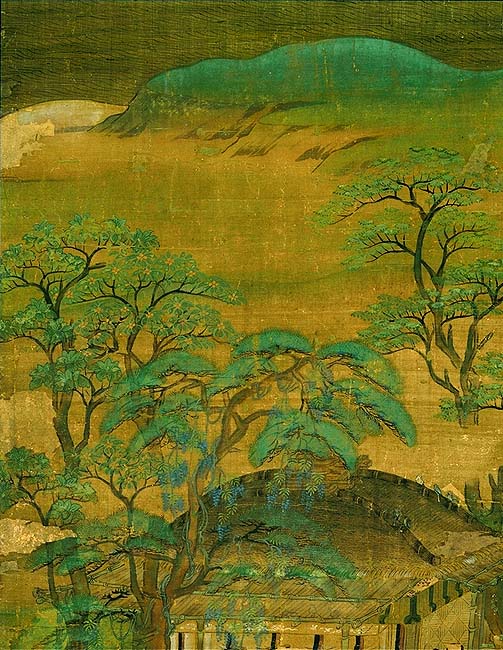 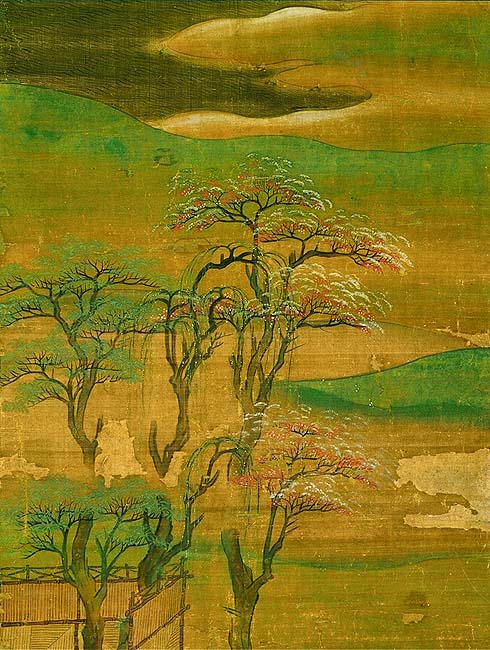 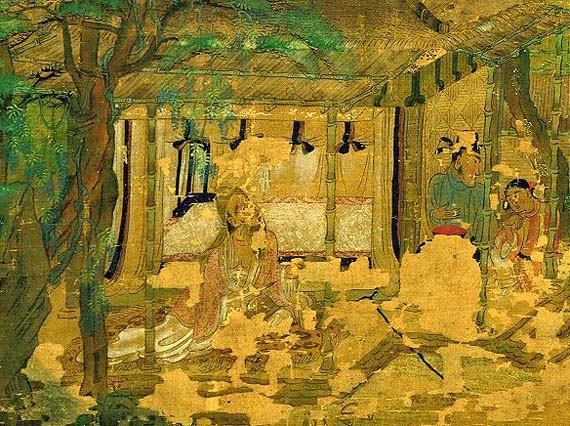 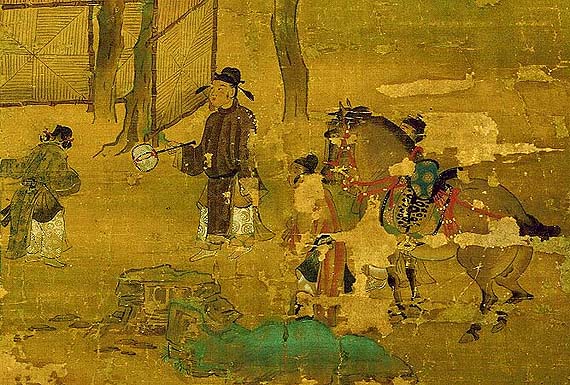 Senzui-byobu is a type of screen painting used in the ordination ceremonies of the Shingon sect of Esoteric Buddhism. Such screens seem to have been adapted from those used in the residences of Heian nobility.

The screen depicts an open landscape with a gray-bearded hermit composing poetry in his hut. He is about to be visited by a young nobleman and his attendants. The old poet is thought to be Bai Juyi, a well-known Chinese poet of the Tang Dynasty.

The Chinese-style figures in this senzui-byobu are a rare example of kara-e, the Chinese-style painting popular during the Heian period. The mild aspects of the figures, mountains, water, trees and rocks, however, reveal a trend towards Japanization in late-Heian-Period painting.