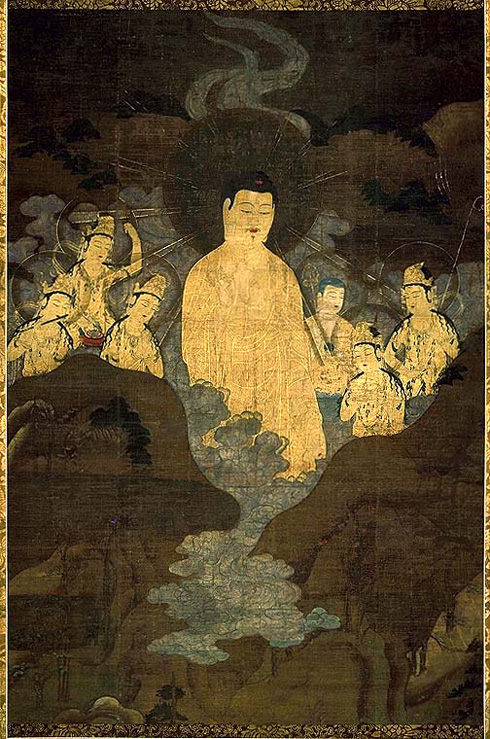 Amida (Amitabha) Coming over the Mountain

The composition of this work is well-balanced and its portrayal of the figures is elaborate and reverential. It can be counted among the representative Buddhist paintings of the Kamakura Period.