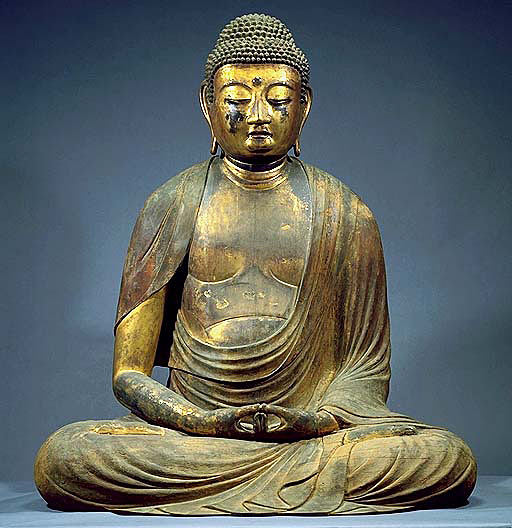 This Amida statue, formerly owned by the Sairinji temple in the southern suburbs of Kyoto, is said to have been removed in 1870 from a temple called Yakurenji in a neighboring village.

This statue is about ten centimeters or so taller than a normal "Half-Sized Great Buddha." The intentionally lengthened torso gives a loose feeling to the work. Stylistic characteristics such as the gentle facial features, the richly varying (as opposed to regulated) folds of the draped robe and the stable, balanced form of the gently sloping shoulders and broadly spread knees are quite similar to Jocho's well-known Seated Amida (1053 A.D.) which sits in the Phoenix Hall of Byodo-in temple in Uji, suggesting that this statue was also made in the mid-11th Century.