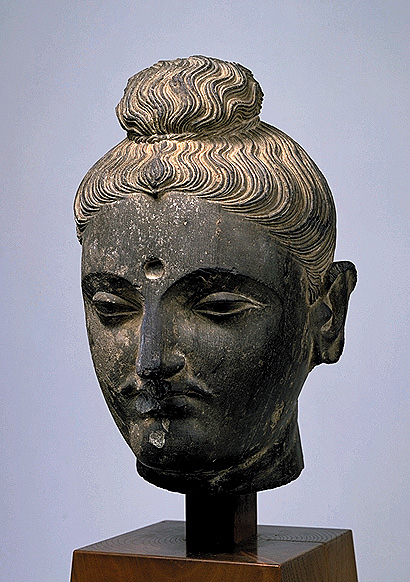 The lightly curled hair, long nose, and sharply-cut features of this Buddha are characteristic of late Greek sculpture. However, the meditating eyes emphasize the Buddhist concept of enlightenment.

This piece comes from Gandhara, the present-day Peshawar region of Pakistan, along the upper Indus River. People of this district had long believed in Buddhism when Greek culture was introduced. This combination of cultures resulted in the creation of Buddhist sculptures in a Greco-Buddhist style.

This statue was probably made in the late 2nd Century, when production of Buddhist sculptures was at a height in the region.