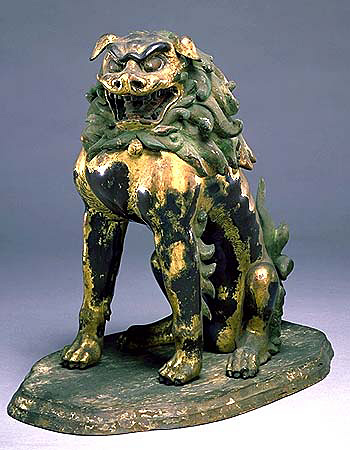 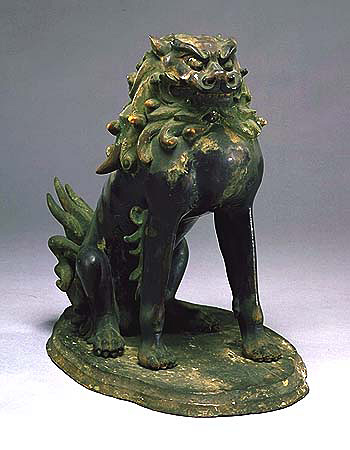 At the end of the 12th century, the Japanese style lion dogs were abandoned and lions and of an entirely new style were produced. This is a pair of the "A" and "Un" types, the former with its mouth open and the latter with it mouth closed. ("A" is the first letter in the Japanese syllabary and "Un" is the last. The combination of the two symbolically encompasses the universe.) Neither of these bears a horn on its head, as did lions of the Nara Period. In fact, horned lions (lion-dogs) were rare in the Kamakura Period.

The lions seem to shake their thick manes and growl fiercely. The "A" lion's ears are turned downwards while the "Un" lion's are raised. They face the worshipper, each with the leg closest to the worshipper drawn back and the other leg forward. Though their heads are small, these dogs' upper-bodies are large in comparison to their slender legs, giving an appearance of agility. These active-looking lions are based on the Chinese model.