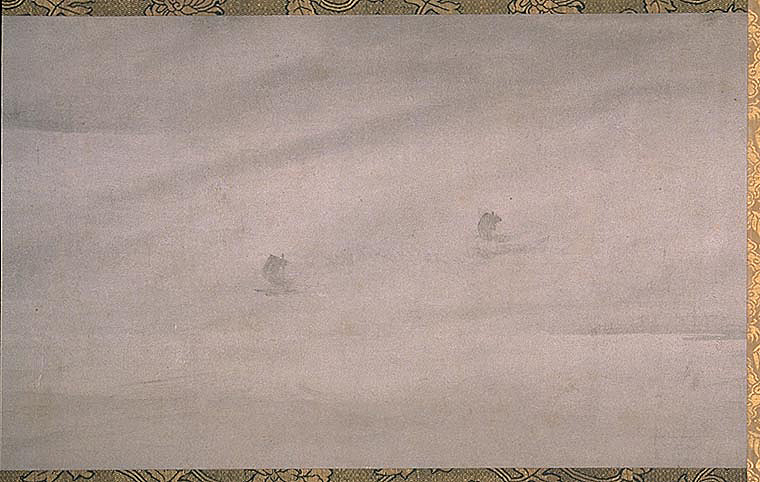 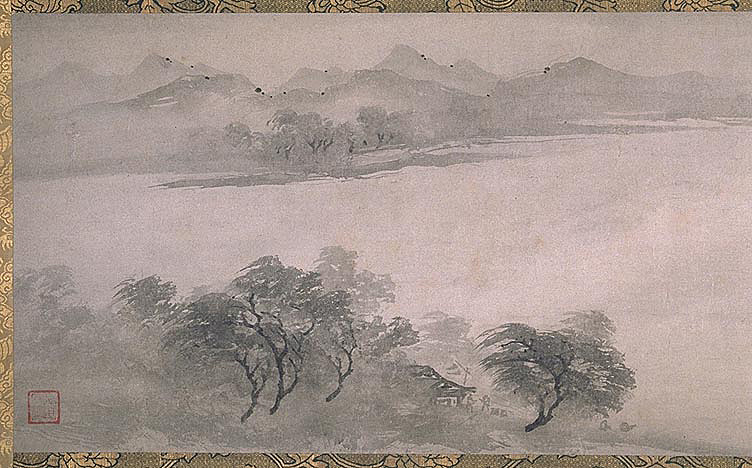 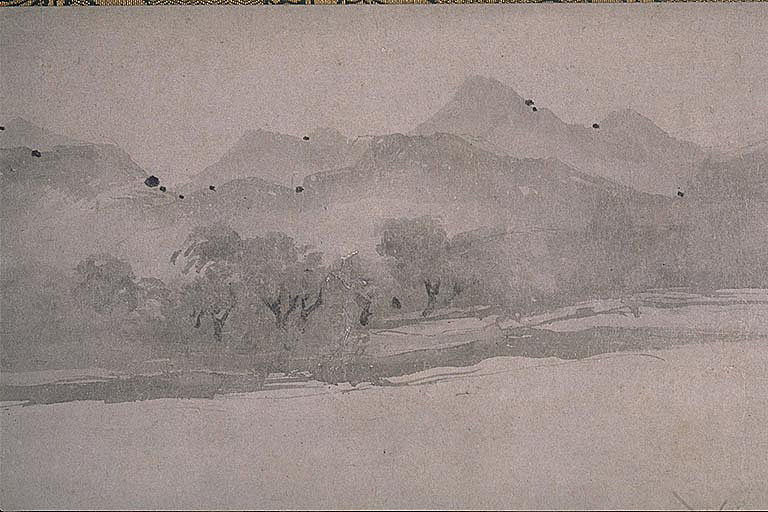 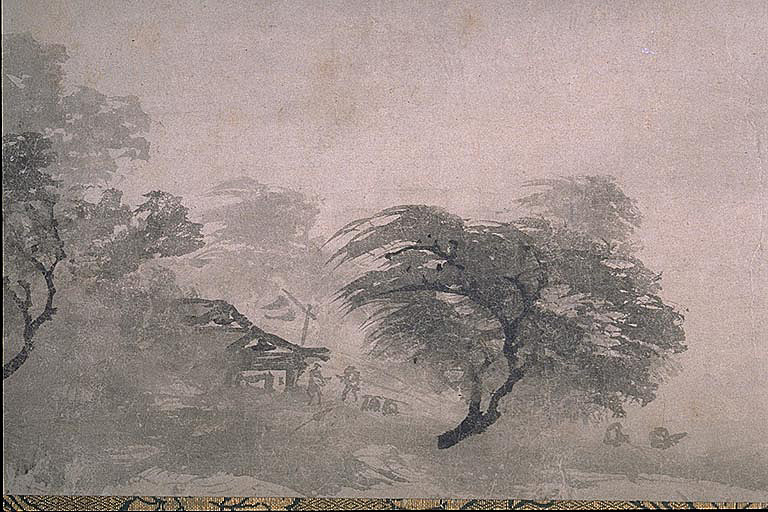 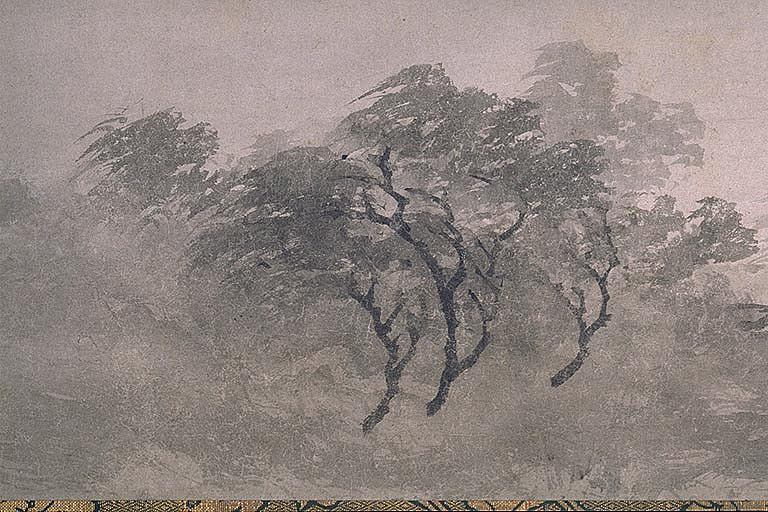 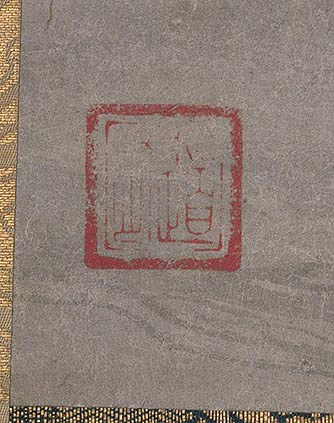 In the Hunan Province of China, the Xiao and Xiang Rivers join and flow together into Lake Dongting. Since ancient times, this stretch has been famed for its exquisite scenery.

The landscape of the Xiao and Xiang Rivers are thought to have first been painted as a set of eight scenes in the middle of the 11th Century by Northern Song literati artist Song Di. The eight scenes are entitled Wild Geese Descending to Sandbar, Returning Sails off a Distant Coast, Mountain Market in Clearing Mist, River and Sky in Evening Snow, Autumn Moon over Dongting Lake, Night Rain on the Xiao and Xiang, Evening Bell from Mist-Shrouded Temple and Fishing Village in Evening Glow.

Since Song Di's time, generations of artists have painted the theme Eight Views of the Xiao and Xiang Rivers. This Returning Sails off a Distant Coast is attributed to Southern Song (13th C) artist and Zen priest, Mu Xi, famed for his skill as an ink painter. This is one section of a set of eight that were originally mounted as one or two handscrolls, but were later divided and remounted as hanging scrolls. This separation is thought to have occurred under Japan's third Ashikaga Shogun, Yoshimitsu (1358-1408), whose seal of ownership, "Doyu," appears at the edge. Later owned by warlord Oda Nobunaga, this work has been passed down through the ages as a treasured masterpiece.

In composition and brushstrokes, this painting appears simple at first glance, but further examination reveals remarkable skill in the repeated washes of pale ink. The variation of ink tones creates an atmosphere of dampness, suggesting the Xiao-Xiang basin enveloped in a deep mist, and a magnificent sense of changing light. Not only the misty tone variations, but also the use of distant horizontal scenery in this outstanding painting embody the essence of its founder Song Di.