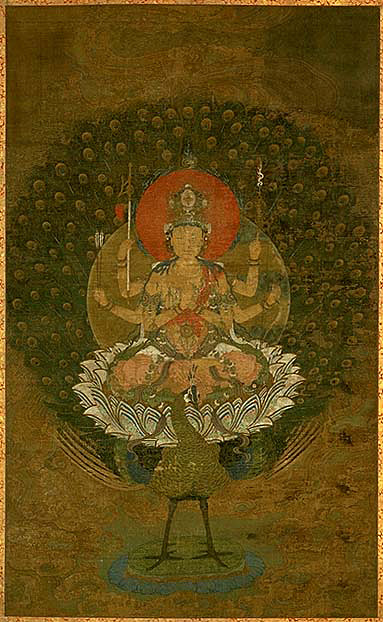 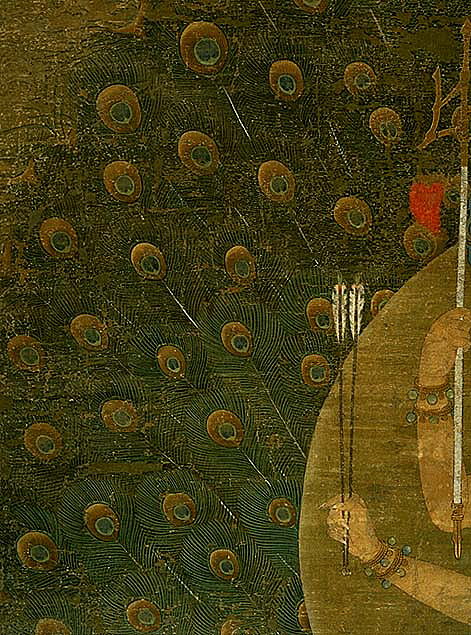 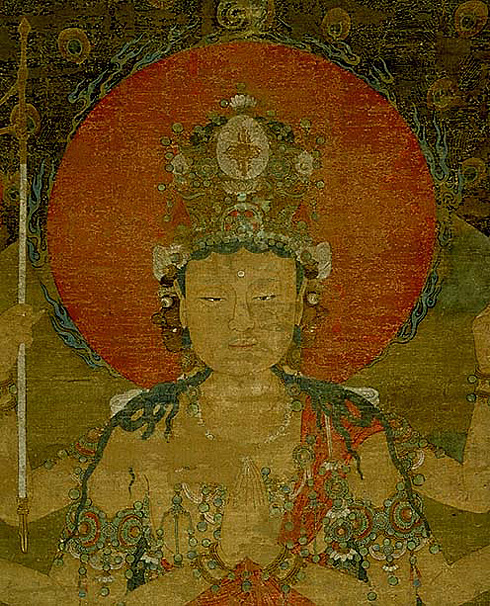 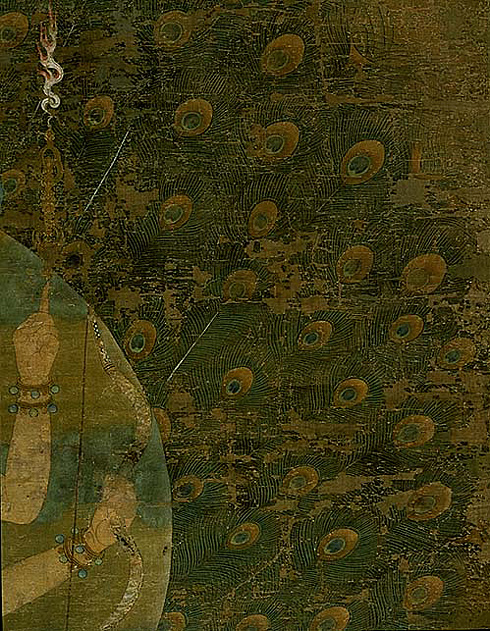 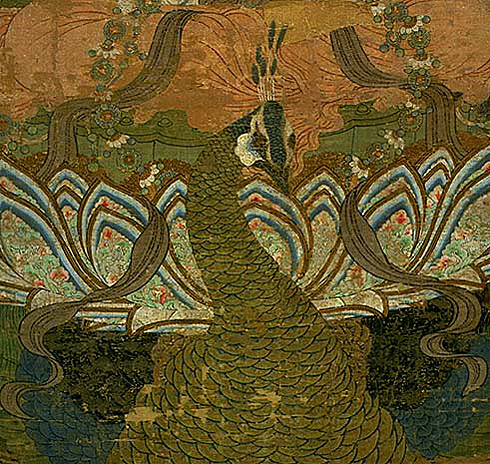 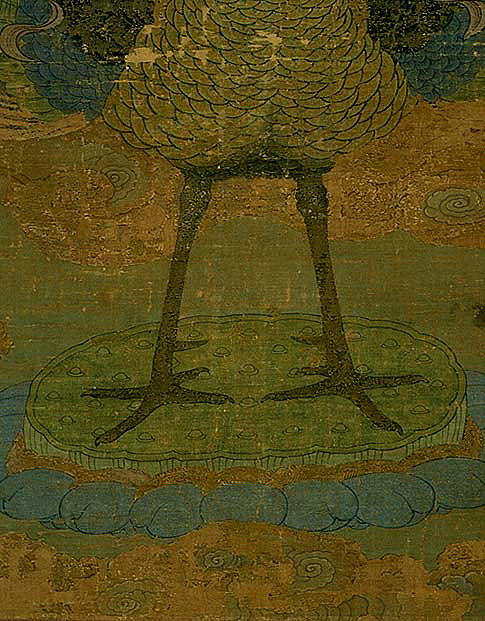 This work depicts an unusual form of a Myo'o (Vidyaraja), descending from Heaven on a peacock accompanied by clouds. This figure, with its three faces and six arms, differs from the Japanese style Kujaku Myo'o (Mayura Vidyaraja), which usually has one face and four arms. In contrast to the central face, which suggests a merciful disposition, the side faces appear fierce.

The slender body is depicted from a slightly elevated perspective in thin, sharp lines. Delicate shading on the face indicates the cool, intellectual nature of this Myo'o. His garments and whitish lotus seat are decorated with minute precision. The peacock, spreading its wings and tailfeathers, is depicted with a realism that goes beyond iconographic expression.

The Buddhist ritual for Kujaku Myo'o have traditionally been performed in Ninna-ji Temple, the owner of this painting. Fujiwara Michinaga is reported to have acquired a Tang Dynasty painting of Kujaku Myo'o for the temple, which was unfortunately lost in a fire.