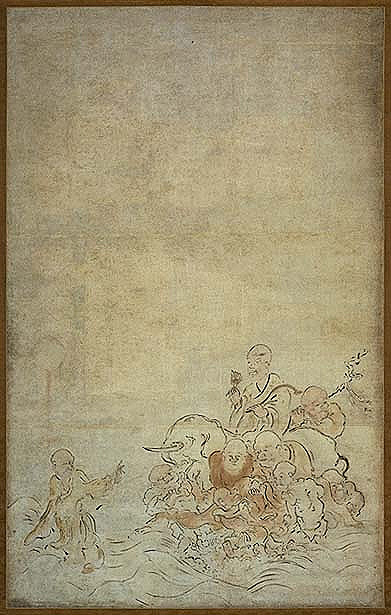 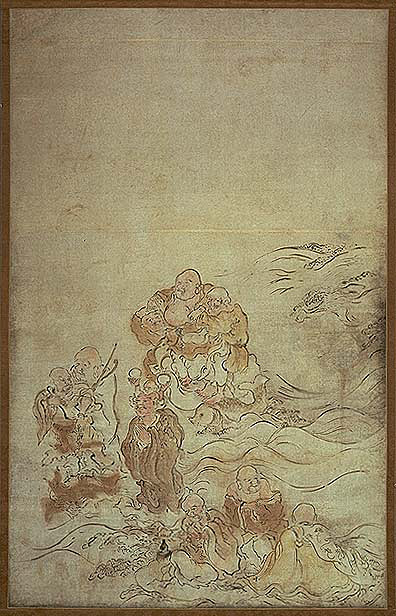 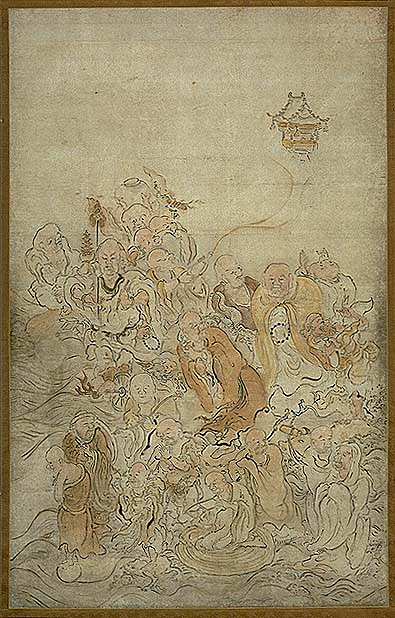 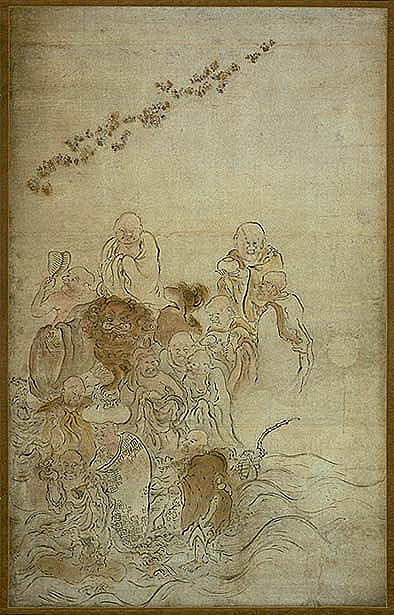 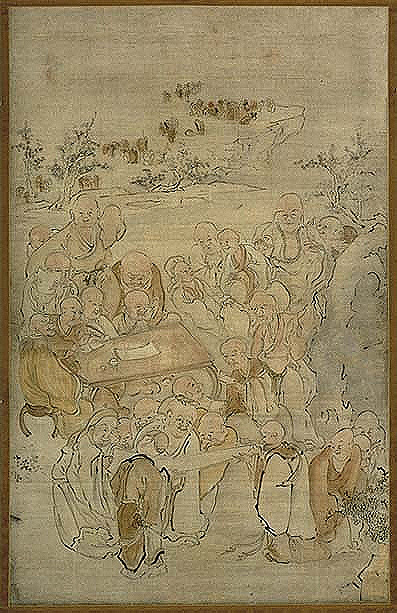 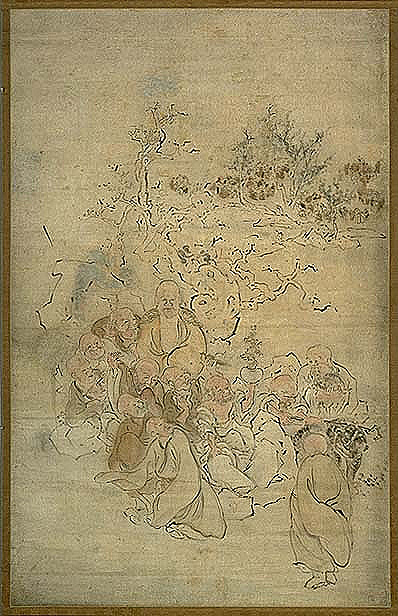 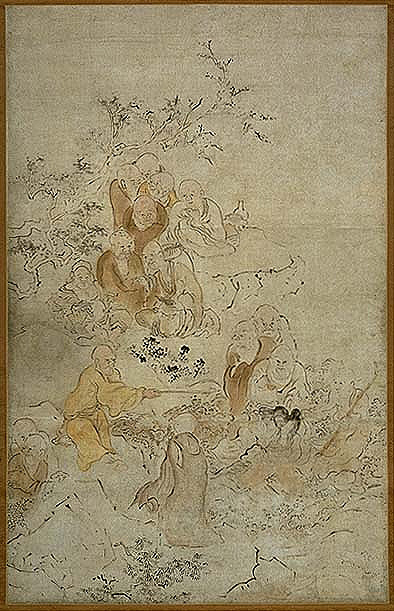 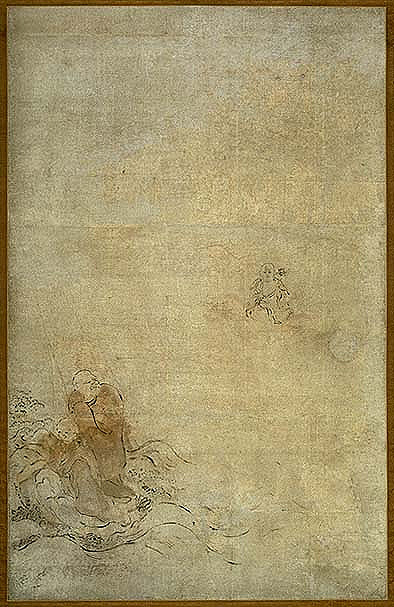 Ike-no-Taiga (1723-1776) had a long relationship with Mampuku-ji Temple. At the age of seven, he did a large calligraphic work in front of the temple's Chinese abbot, Kodo, and was praised as a child prodigy.

These scrolls were originally painted as sliding door panels to be used with other panals by Taiga in the Eastern Hojo Hall of Mampuku-ji Temple. They were long thought to have been made in 1765, in honor of the retirement of Abbot Taiho. Recently, however, a more convincing theory has emerged, suggesting that the panals were painted in 1772, on the 100th anniversary of the death of Priest Ingen and as a part of the Eastern Hojo Hall renovations.

It has been suggested that the finger painting method may have been used for some part of the Five Hundred Rakan (Arhats), but it is possible that the whole painting was done with this method.