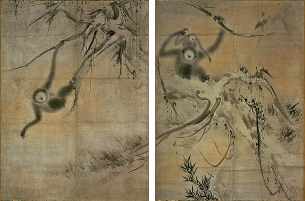 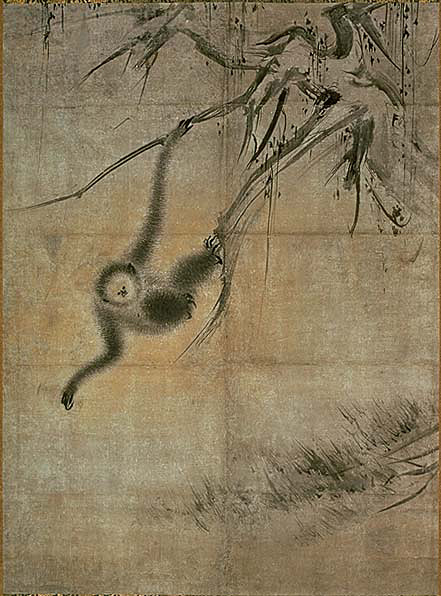 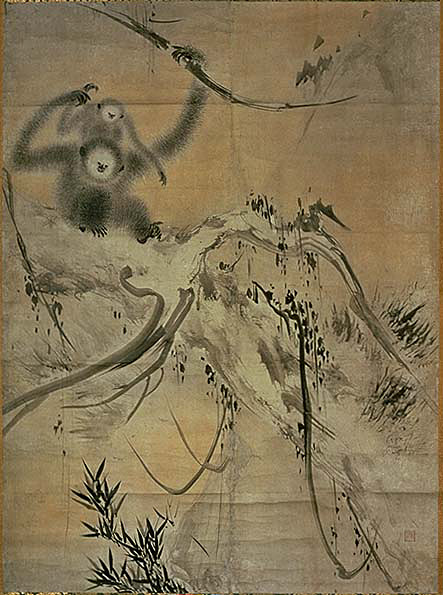 Hasegawa Tohaku (1539-1610) was a prolific artist who rivaled the Kano school artists in the Momoyama Period. Tohaku was from originally the Nanao region of the Noto Peninsula. After he moved to Kyoto, he was supported by Honpo-ji Temple. Soon after, he became a favorite of the great Tea master Sen-no-Rikyu and was frequently able to visit Daitoku-ji Temple. This painting clearly shows the direct influence of the painting Monkeys by Mu Qi (National Treasure), a valuable secular painting brought from China to Daitoku-ji Temple.

This work was originally painted as a standing screen, but was later remounted as hanging scrolls. This pair of scrolls contains four of the original screen panals. They are said to have formerly been owned by Maeda Toshinaga, the feudal lord of Komatsu in the Province of Kaga (present-day Ishikawa Prefecture).