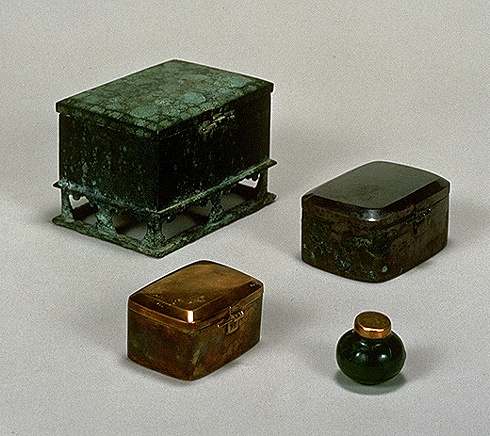 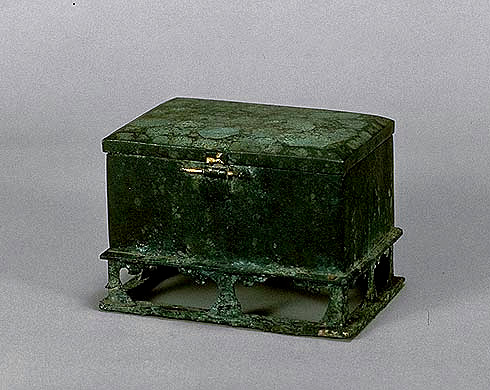 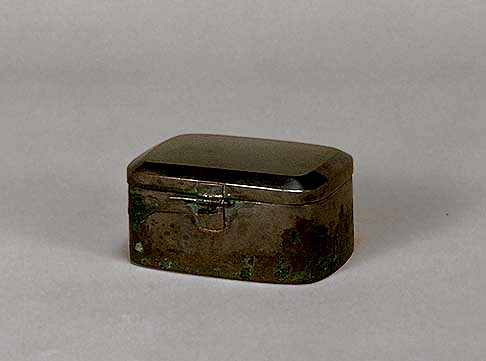 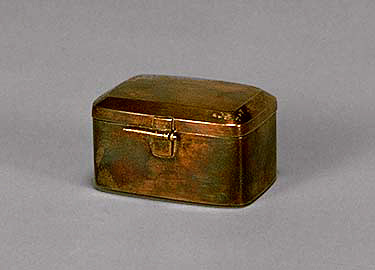 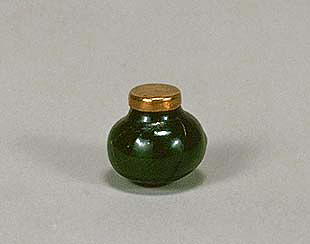 Sofuku-ji temple was built as a guardian temple of the Capital Otsu-kyo during the reign of Emperor Tenchi. The temple included three pagodas, each built on a separate hill and separated by streams. When the sites of these pagodas were excavated in 1938, this reliquary, its containers and accompanying ornaments were recovered from the cavity of the central foundation of one of the pagodas.

The Buddhist relics were preserved in three containers of gold, silver, and gilt-bronze, which were placed one inside the other in this order. Ornaments accompanying the reliquary were an amethyst jewel, a glass bead, a jade bead, a silver coin, an iron mirror with gilt-bronze back and a bronze bell.