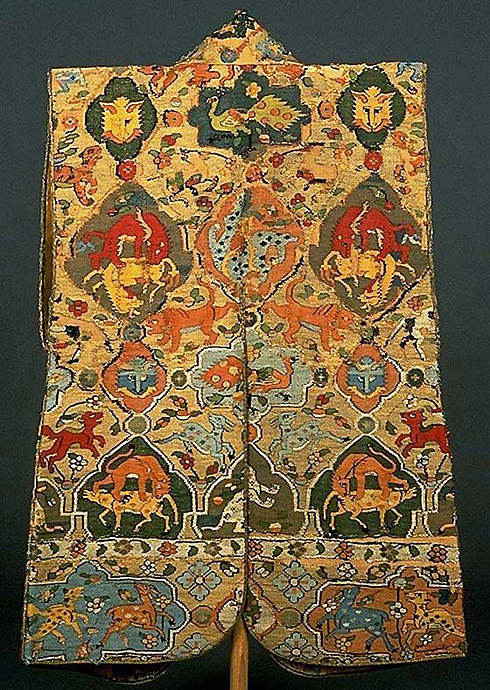 This jinbaori vest was made to wear over armor. It was reportedly owned by Regent Toyotomi Hideyoshi and has been preserved through time by Kodai-ji Temple, established in memory of Hideyoshi by his widow, Kita-no-Mandokoro.
This vest was woven of silk using tapestry techniques. The textile may originally have been a carpet made in Kashan in Persia. The design of a lion attacking his prey is a traditional motifs in Persian carpets. Such carpets were imported into Japan by Portuguese ships in the Momoyama Period. Placing textiles on the floor, however, was incongruous with the Japanese life style, so the Japanese rarely used them as carpets.
Toyotomi Hideyoshi, the high-spirited Momoyama-Period military ruler, tried to maintain an atmosphere of luxury even within his military camps by turning exotic textiles such as Persian carpets into jinbaori vests.