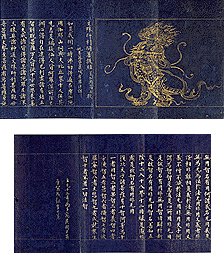 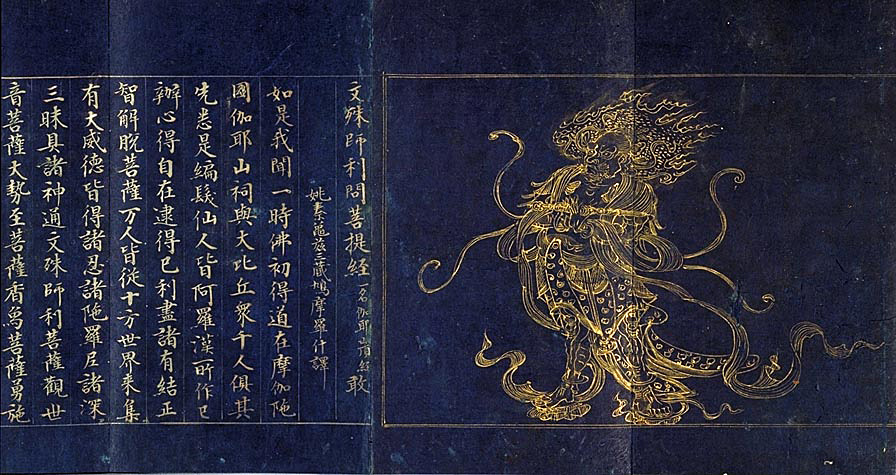 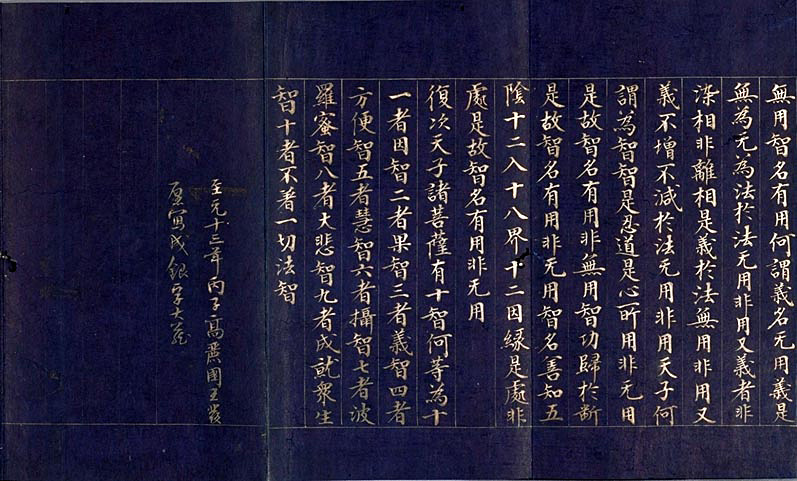 This is a representative example of sutras copied in silver on dark blue paper from the Korean Koryo Dynasty. According to the postscript, this is one volume of a complete, silver-charactered Daizokyo Sutra (the complete collection of Buddhist scriptures) given as a religious offering in 1276 by Chungnyol, the King of Koryo, who reigned from 1275 to 1308.

The cover of the album is painted with large, arabesque patterns of hosoge flowers in gold and silver pigment. The inside of the cover is decorated with the gold figure of a deity, considered to be Idaten (Skanda).

The sutra itself is written with a skillful, precise brush-strokes. Each line of the sutra contains fourteen characters. An index in senjimon numerals is included after the title. Unfortunately, the last section of the sutra is missing, and the unusually narrow margin at the top and bottom may be the result of earlier conservation.

The King of Koryo, Chungnyol, often made offerings of copied Daizokyo sutras. The fact that this album was among the King's offerings attests to the superb quality of the work.