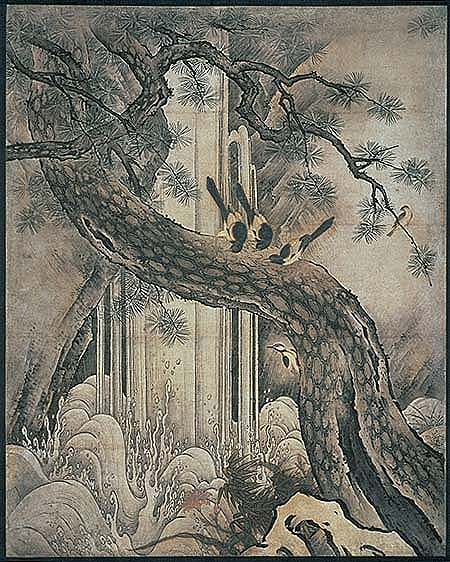 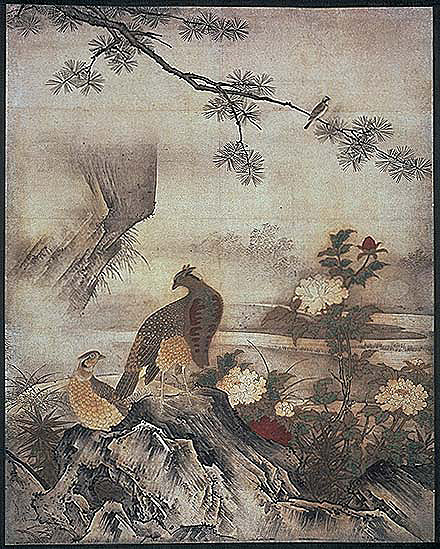 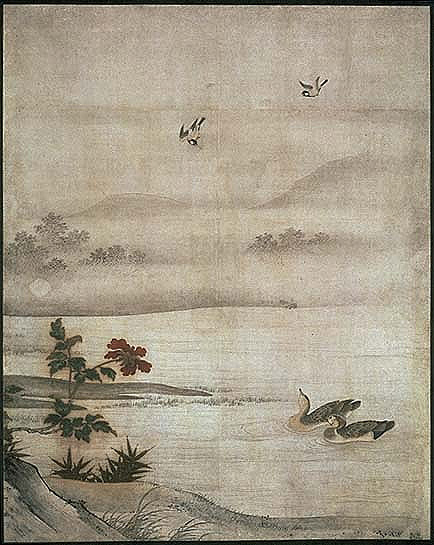 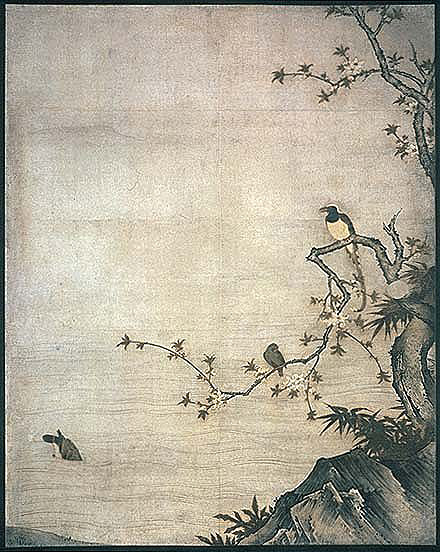 Birds and Flowers of the Four Seasons

This work was originally installed in the Hojo Hall (Hall of Danna) of Daisen-in Temple, a sub-temple of the great Kyoto Zen temple, Daitoku-ji. It is considered to be one of the great masterpieces of Kano Motonobu (1476-1559).

These scrolls were originally painted as eight sliding-door panels forming a single grand scene. The focal point of the composition is a large pine tree. Deep colors are applied only to the surrounding flowers and birds, creating a vivid and dramatic effect. This painting includes many typical elements of the lavish and opulent panel paintings of the Momoyama Period.