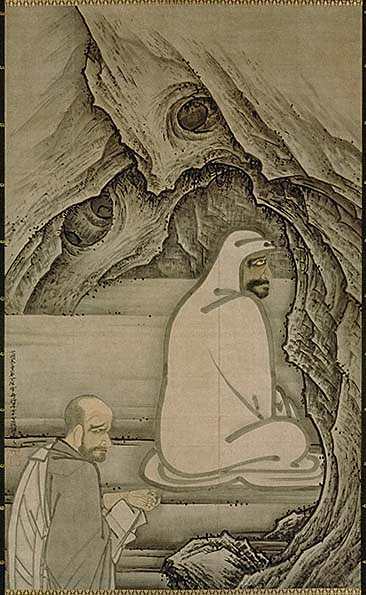 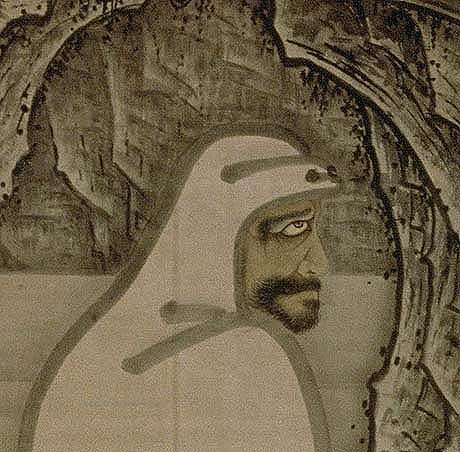 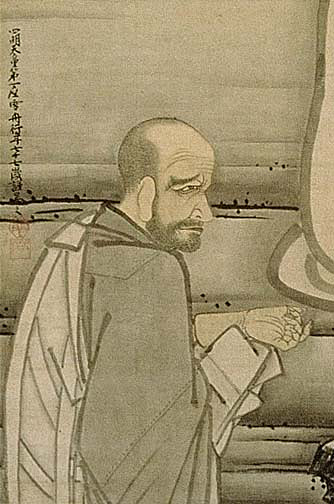 Huike Offering His Arm to Bodhidharma

This painting depicts a famous anecdote of Zen Buddhism. When Bodhidharma, the first patriarch of Zen Buddhism, was meditating facing a rock wall in Shaolin-si Temple, the monk Huike came and asked to be accepted as his disciple. When Bodhidharma rejected the young priest, however, Huike chopped off his left arm to prove his firm determination to the master. He was then accepted as a disciple.

The realistic facial expressions, the sharp eyes and the static composition give an atmosphere of tension to the scene. These depictions may suggest the advanced state of spiritual awareness that had been achieved by seventy-seven year old priest-artist Sesshu.

According to the inscription on the back, this scroll was donated to Sainen-ji Temple by Saji Tamasada, the feudal lord of Miyayama castle in Chita County in the province of Owari (present-day Aichi Prefecture). It was given to the temple in 1532, shortly after Sesshu's death.