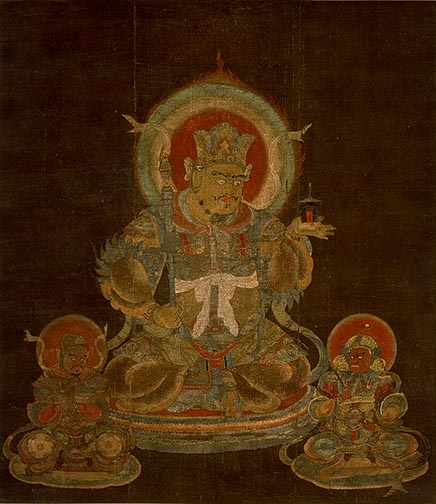 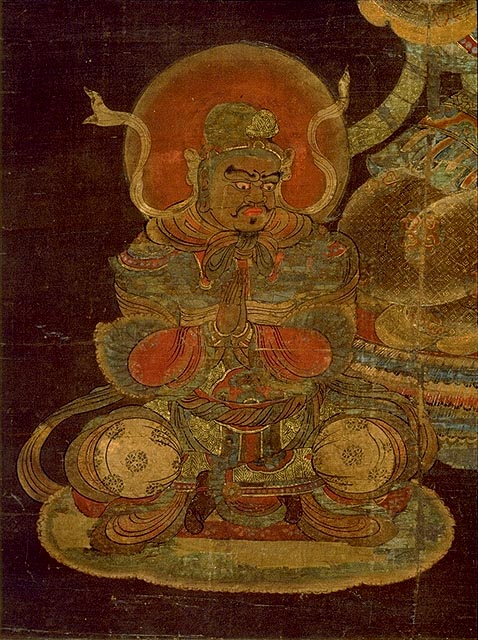 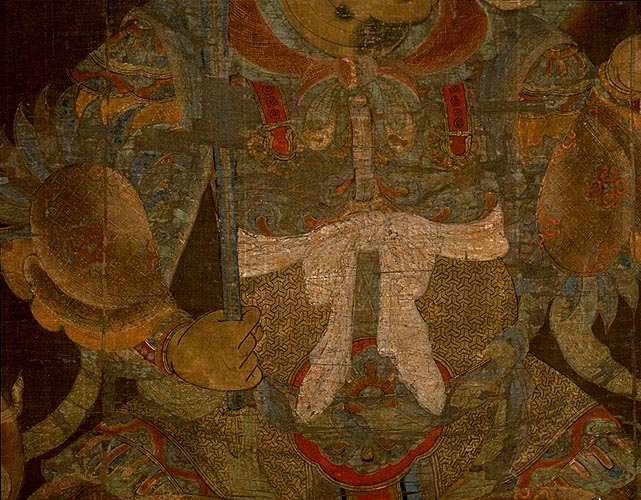 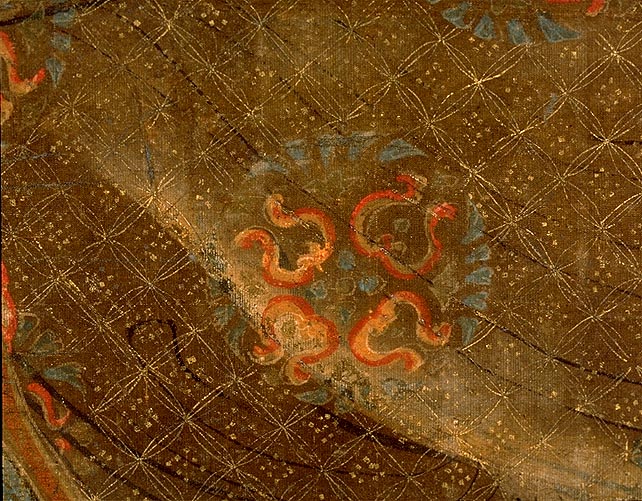 Bishamon-ten(Vaisravana) (One of the Twelve Devas)

Bishamon-ten is one of the Twelve Devas that were made in 1127 to be hung at the annual, New Year's ceremony of esoteric prayers, held at Shingon-in in the Imperial Palace. They were formerly owned by Kyoogokokuji (Toji) temple.

The twelve devas are the guardians of the four quarters and four semi-quarters, up and down, and the sun and moon. Bishamon-ten, also called Tamon-ten, guards the north quarter.

He sits on a felt pedestal holding his usual attributes: in one hand, a sacred rod, and in the other, a sacred stupa.

The Twelve Devas are rare works of early Buddhist painting in that we know their precise date of production. The rich variety of colors and lavish use of kirikane (cut gold leaf) patterns in this exquisite Bishamon-ten reveal the predominant aesthetics of the era of cloistered emperors.