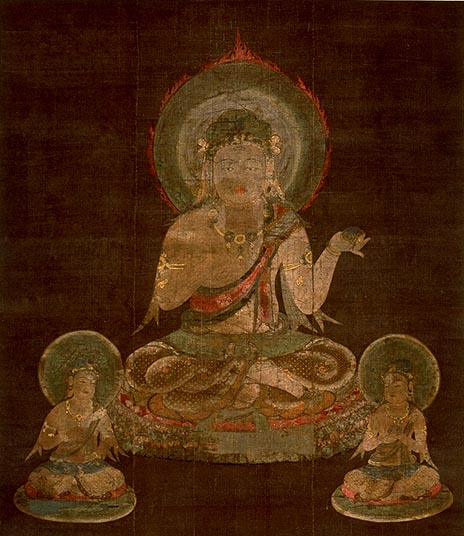 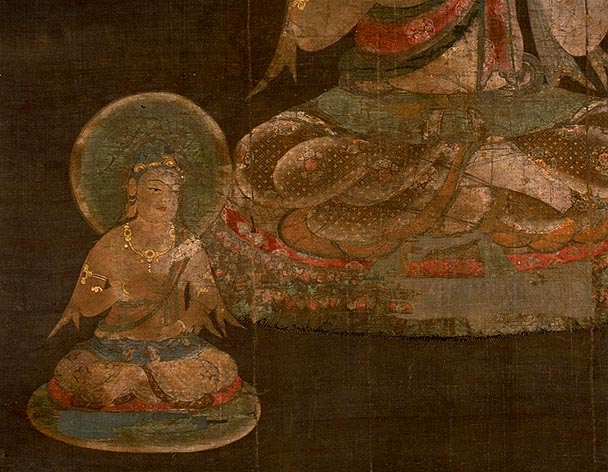 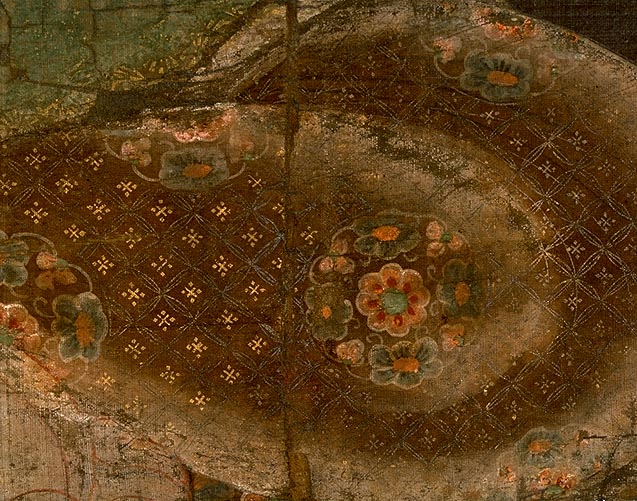 Ji-ten is one of the Twelve Devas that were made in 1127 to be hung at the annual, New Year's ceremony of esoteric prayers, held at Shingon-in in the Imperial Palace. They were formerly owned by Kyoogokoku-ji (To-ji) Temple.

The twelve devas are the guardians of the four quarters and four semi-quarters, up and down, and the sun and moon. Ji-ten, whose name means "earth deva," guards the downward direction and is the god of the earth. He is also called Kenrochijin. Ji-ten's counterpart is Bonten (Brahman), who guards the upward direction.

The vivid colors and exquisite decorative elements give this scroll an almost luminous beauty that is representative of late-Heian aristocratic tastes.