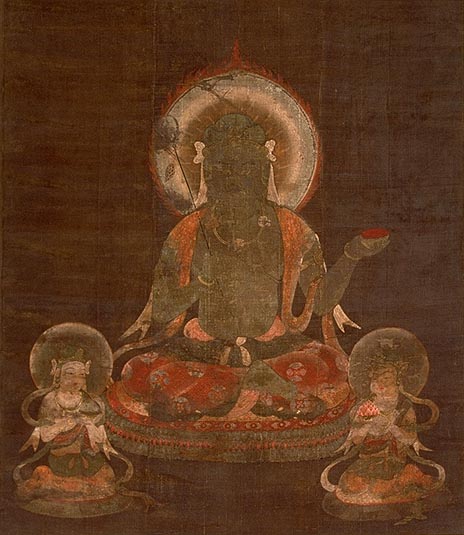 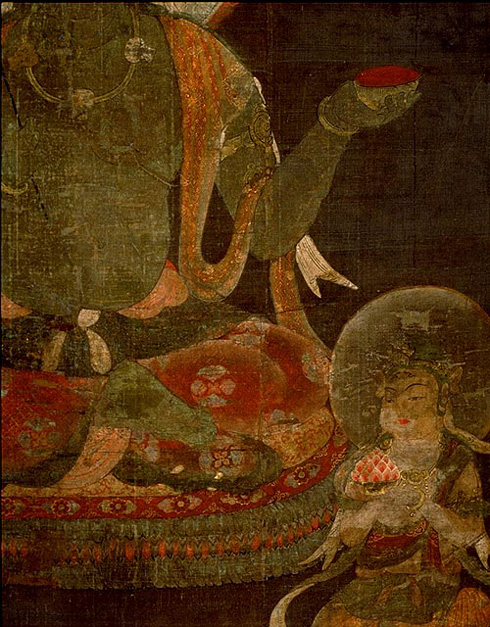 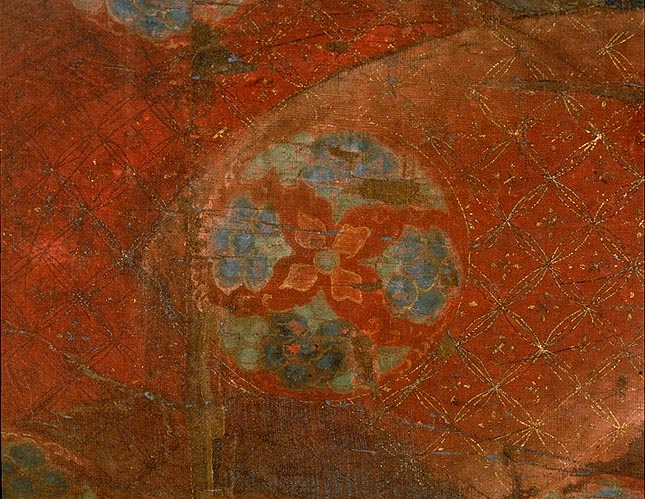 Ishana-ten (Isana) (One of the Twelve Devas)

Ishana-ten is one of the Twelve Devas that were made in 1127 to be hung at the annual, New Year's ceremony of esoteric prayers, held at Shingon-in in the Imperial Palace. They were formerly owned by Kyoogokoku-ji (To-ji) Temple.

The twelve devas are the guardians of the four quarters and four semi-quarters, up and down, and the sun and moon. Ishana-ten guards the northeast semi-quarter. In his right hand, he holds a three-pronged spear, and in his left he holds a bowl of blood.

Rich colors and lavish use of gold patters make this Ishana-ten a valuable work of late-Heian Buddhist painting.