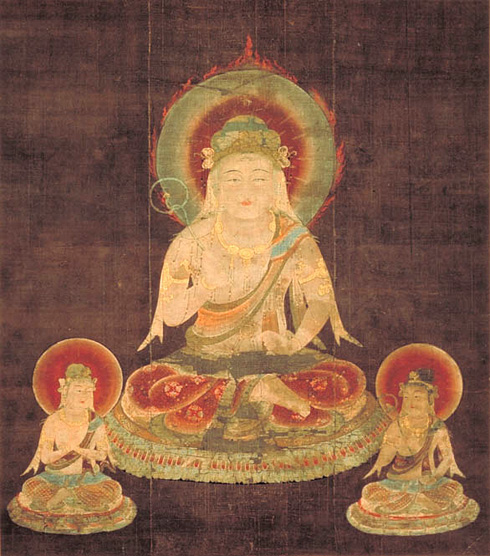 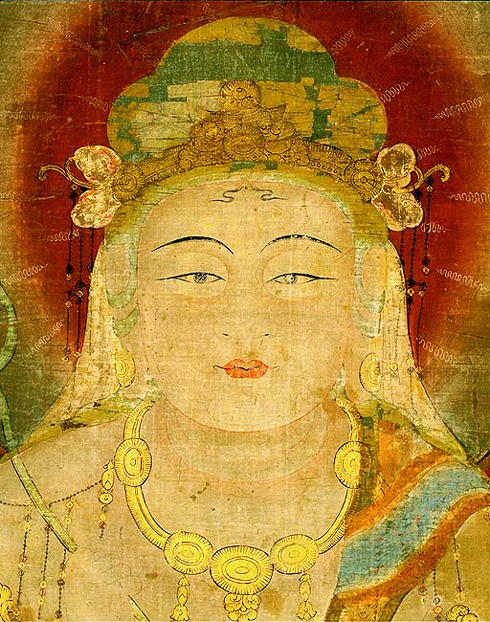 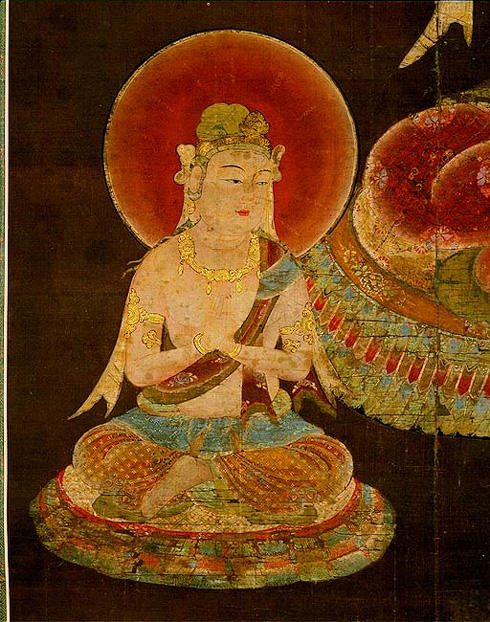 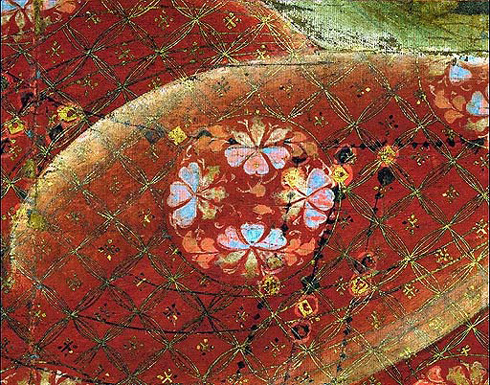 Sui-ten (Varuna) (One of the Twelve Devas)

Sui-ten is one of the Twelve Devas scrolls that were produced in 1127 for the annual, New Year's ceremony of esoteric prayers held at Shingon-in in the Imperial Palace. They were formerly owned by Kyo'ogokoku-ji (To-ji) temple.

Sui-ten (Varuna) is a fair figure clothed in softly-colored and finely-decorated garments. He emerges gracefully from the dark-brown background like a water spirit, as his name, literally "water deva," suggests. His knees are highlighted with white gradations and decorated with delicate, finely detailed patterns. Such decorative techniques are characteristic of the late-Heian Period when production of Buddhist paintings was at its height.